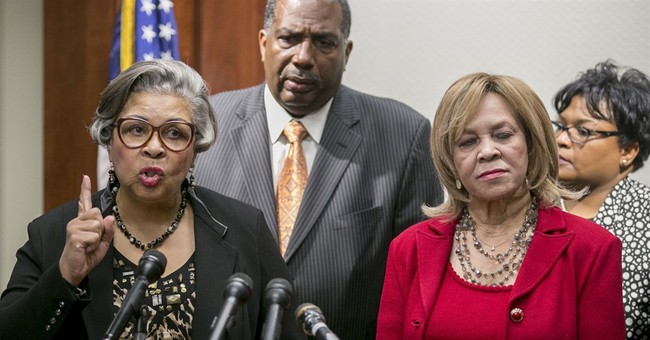 State Rep. Senfronia Thompson, one of the Texas Democrats who fled the state to block passage of a GOP election bill, compared the threat of arrest from Gov. Greg Abbott upon their return to slaves who tried to escape plantations.

"We refuse to be a hostage,” she said during a speech in Alexandria, Virginia, on Friday.

"We refuse to be [hostages]…I am an American and I want to vote."

We are simply asking for the right to vote. Democrats like Dean @Senfronia4Texas will fight as long as it takes to combat the exclusionary and discriminatory voter suppression attempts by Republicans. #txlege pic.twitter.com/b1WDc14ikK

Abbott has threatened to have the dozens of state lawmakers who left Texas arrested when they return to the state.

The Democrats have been meeting with Democratic members of Congress as well as Vice President Kamala Harris to discuss federal election reforms. But so far, news has focused more on how their stay in the nation's capital has turned into a super-spreader event after at least six members of the delegation have tested positive for COVID-19, in addition to a Pelosi aide who met with the state lawmakers and a White House staffer who interacted with the Pelosi aide.