How We Know Who Won the VP Debate 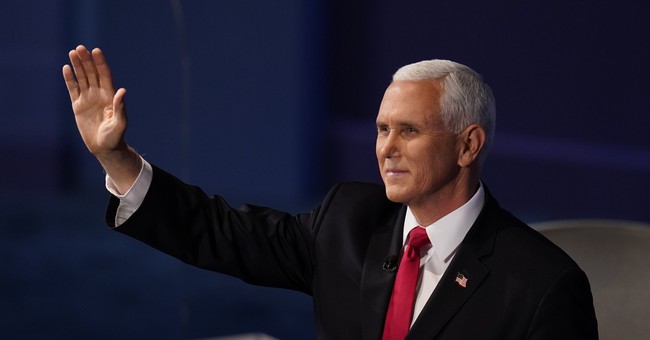 For conservatives watching Wednesday night’s vice presidential debate, it was obvious Mike Pence crushed it. He managed to educate the American people about how far left the Biden-Harris ticket truly is on a number of key issues, including the Supreme Court, the Green New Deal, fossil fuels, tax cuts, foreign policy, criminal justice reform, and more. Along the way, he also had several memorable blows that were so effective and delivered so calmly some joked he was a silent killer.

Mr. Pence was most effective in pointing out how far left the Biden-Harris Democrats have moved. With Donald Trump’s personal antics sucking up all the media attention, voters haven’t heard much about Mr. Biden’s $2 trillion in spending over four years on the Green New Deal; the $4 trillion of tax increases that will reach into the working class through higher business and corporate rates; their goal of eliminating fossil fuels that would cost jobs and raise energy prices; and the Biden record on foreign policy that includes opposing the raid on Osama bin Laden.

Mr. Pence also exposed Senator Harris for refusing to answer, as Mr. Biden also did last week, whether they support packing the Supreme Court if Judge Amy Coney Barrett is confirmed. Their response that the election is the issue now and everyone should vote is embarrassing even by the standards of political evasion. If they won’t disavow Court-packing now, it’s on the table with a Democratic Senate, House and White House. (WSJ)

Of course, the mainstream media would never come out and say outright that Pence won, but commentators explained how to read between the lines.

The way you know everyone agrees that Pence won is that we're now on the talking point of vice presidential debates not mattering. Even though Pence's stellar performance in 2016 clearly mattered a great deal for traditional GOP voters going for Trump that year, too.

Pence dominated Kamala so thoroughly and convincingly that the media's only available tactic is to accuse him of being a sexist for debating a woman at a debate. These people are such clowns. Parodies of themselves. pic.twitter.com/OXaIKnV58Y

They're pulling the mansplaining card which means Pence won by more than we thought https://t.co/RrWnRl08ti

MSNBC calling it a draw. Pence must have wiped the floor with Harris.

Pence dismantled Harris. So the entire media will talk about pinkeye and a rogue fly.