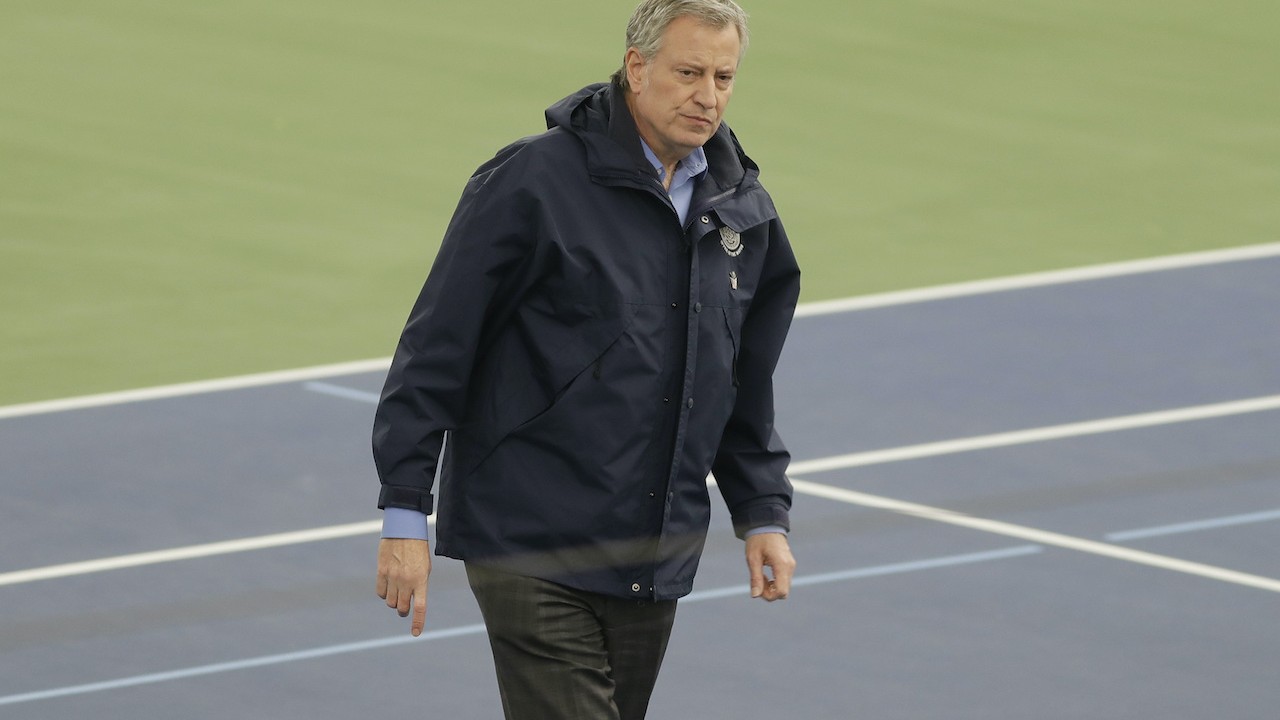 While crime and violence are skyrocketing in New York City, leftists would rather turn their attention to serving Trump a big middle finger.

On Fifth Avenue, between East 56th and 57th streets, a giant Black Lives Matter mural, sanctioned of course by Mayor Bill de Blasio, began getting painted Thursday morning. This location is directly in front of Trump Tower. It will help solve racism, you see, and has nothing to do with politics.

Our city isn’t just painting the words on Fifth Avenue. We’re committed to the meaning of the message. #BlackLivesMatter pic.twitter.com/VE6MT80qDI

According to the New York Post, de Blasio came up with the plan last month—one of several across the five boroughs, "despite petitioning the White House for a federal bailout."

A maintenance worker from Staten Island who would only give his first name, Kevin, ripped the mural as “legalized graffiti by de Blasio.”

“It’s an insult to our president,” Kevin added. (NY Post)

As New York City faces all time highs in violence, Mayor De Blasio orders the painting of a gigantic street mural outside of Trump Tower. pic.twitter.com/AJdKuYtpDR

Did painting this solve racism? Liberals love their “virtue signaling” instead of addressing actual problems. I hope you feel good about yourselves after purposely antagonizing people instead of bringing everyone together to solve a problem. ?? pic.twitter.com/HLsP42BwA7

President Trump criticized the murals earlier this month, saying it "denigrates" Fifth Avenue and the money would be much better spent fighting crime.

"NYC is cutting Police $'s by ONE BILLION DOLLARS, and yet the @NYCMayor is going to paint a big, expensive, yellow Black Lives Matter sign on Fifth Avenue, denigrating this luxury Avenue," he tweeted. "This will further antagonize New York's Finest, who LOVE New York & vividly remember the horrible BLM chant, 'Pigs In A Blanket, Fry 'Em Like Bacon.' Maybe our GREAT Police, who have been neutralized and scorned by a mayor who hates & disrespects them, won't let this symbol of hate be affixed to New York's greatest street. Spend this money fighting crime instead!"