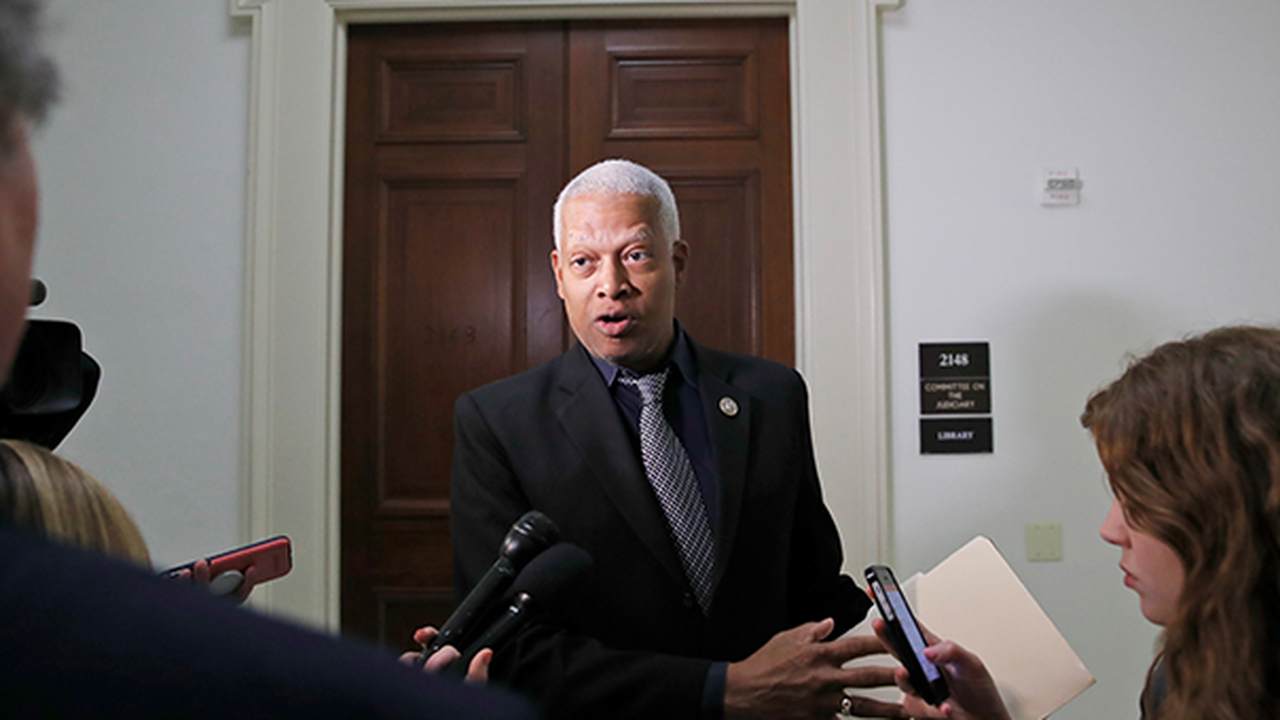 Democratic arguments supporting impeachment weren’t good to begin with, but during the markup session on the articles of impeachment in the House Judiciary Committee on Thursday, they fell to new lows.

Enter Democratic Rep. Hank Johnson, who in advancing the idea that there was an imbalance of power between Presidents Trump and Zelensky, said Trump was too tall. He then went further, arguing that even when the U.S. president told the Ukrainian president there was no pressure, Zelensky responded as though Trump had his daughter “downstairs in the basement, duct-taped.”

The White House issued a response, making fun of how ridiculous this impeachment process is.

JUST IN: Democrats want to impeach the President for [checks notes] being too tall. pic.twitter.com/0QNAf6iUBp

They also tweeted out a photo from that meeting, showing Johnson was wrong (of course) about those chairs.

This coming from the elected official who believed Guam would "tip over and capsize." So I guess we shouldn't be surprised.

The noted geology expert who moonlights as a Dem member of Congress Hank Johnson is now conducting his questioning.

Wonder how he will enlighten us today?

FLASHBACK: On Guam "My fear is that the whole island will become so overly populated that it will tip over and capsize." pic.twitter.com/i9t5wuIosH