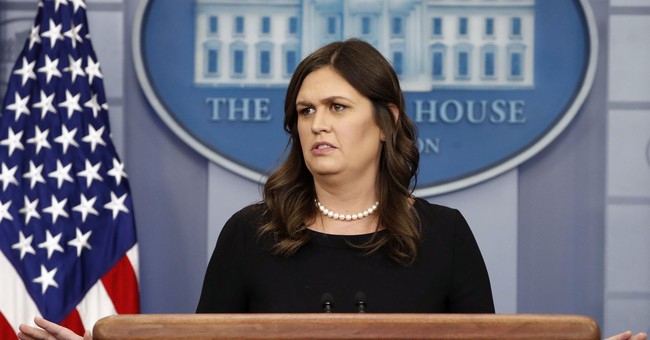 The Washington Post editorial board came to the defense of White House Press Secretary Sarah Huckabee Sanders and other Trump administration officials who have been harassed while dining out in recent days, arguing that they “should be allowed to eat dinner in peace.”

The incident with Sanders, in which a restaurant in Lexington, Virginia, asked her to leave, “wasn’t the first time recently that strong political feelings have spilled into what used to be considered the private sphere,” the board writes. “We understand the strength of the feelings, but we don’t think the spilling is a healthy development.”

Part of the problem, they argue, is the “never-at-rest social media,” which “have blurred the line between work hours and private time.”

Other Trump administration officials have also been heckled while dining out in recent days, including Department of Homeland Security Secretary Kirstjen Nielsen, who was accosted by socialists while eating at a Mexican restaurant, and White House senior policy advisor Stephen Miller, who was called a “fascist.”

“Ms. Huckabee, and Ms. Nielsen and Mr. Miller, too, should be allowed to eat dinner in peace,” the board writes. “Those who are insisting that we are in a special moment justifying incivility should think for a moment how many Americans might find their own special moment. How hard is it to imagine, for example, people who strongly believe that abortion is murder deciding that judges or other officials who protect abortion rights should not be able to live peaceably with their families?

“Down that road lies a world in which only the most zealous sign up for public service. That benefits no one.”