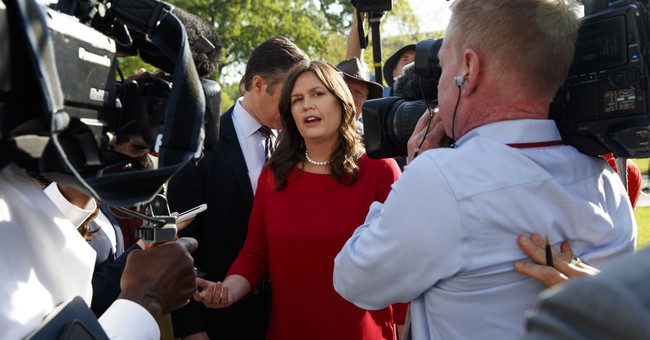 White House press secretary Sarah Huckabee Sanders attempted to enjoy a nice meal out yesterday night, but was asked to leave the restaurant's premises by the owner due to Huckabee Sanders' role in the Trump administration.

Apparently, Huckabee Sanders sat down at the Red Hen in Lexington, Virginia with her family for two minutes. Then, the owner asked the table to leave. Huckabee Sanders, not wanting to cause a scene, left the premises.

Her server, Jaike Foley-Schultz, defended the owner by saying that the press secretary essentially self-deported and was not physically booted from the restaurant.

Huckabee Sanders remarked on the incident today, tweeting, "Last night I was told by the owner of Red Hen in Lexington, VA to leave because I work for @POTUS and I politely left. Her actions say far more about her than about me. I always do my best to treat people, including those I disagree with, respectfully and will continue to do so"

Her father, former Arkansas Gov. Mike Huckabee, was not as gracious. "Bigotry. On the menu at Red Hen Restaurant in Lexington VA," Gov. Huckabee tweeted. "Or you can ask for the 'Hate Plate'.  And appetizers are 'small plates for small minds,'"  he added.

Earlier this week, Department of Homeland Security Sec. Nielsen was harangued by a mob of left-wing protesters and forced out of a restaurant in DC due to her role in the child migrant crisis.

Political pundit Byron York ponders, after these incidents and others, to what depths will the left go in their hatred of Trump supporters and staffers?