Trump on NYC Terror Suspect: 'Send Him to Gitmo' 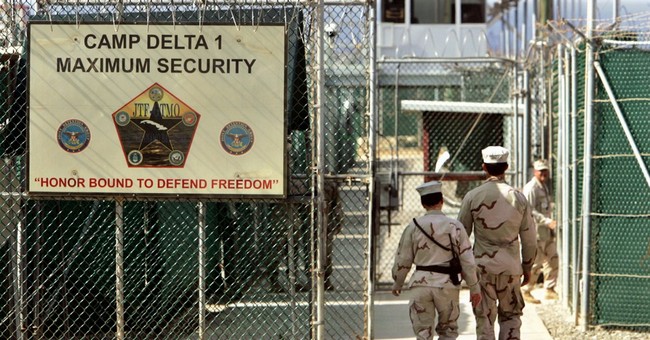 Saipov is a Uzbek national who came to the United States in 2010 through the Diversity Lottery Program, which Trump vowed to end.

He yelled ‘Allahu Akbar’ after exiting the vehicle and left a note pledging allegiance to the Islamic State.

Some Republican lawmakers argued the terrorist should be treated as an enemy combatant.

"If you take up arms against the United States in the name of radical Islam, you should be treated as a terrorist," Sen. Lindsey Graham, who sits on the Judiciary and Armed Services committees, said Wednesday. "You’ll never convince me that the best way to gather intelligence in this war … is reading them their Miranda rights."

"From Orlando to San Bernardino and Boston to Manhattan, we must not consider these attacks on our homeland in isolation, but rather recognize them for what they are: acts of war," Sen. John McCain said in a statement. "As such, the New York terror suspect should be held and interrogated — thoroughly, responsibly, and humanely — as an enemy combatant consistent with the Law of Armed Conflict."

President Trump also argued that the court process for accused terrorists must be “quicker and stronger.”

"We also have to come up with punishment that’s far quicker…than the punishment these animals are getting right now,” Trump said. “We need quick justice and we need strong justice. Much quicker and much stronger than we have right now, because what we have right now is a joke and it’s a laughing stock and no wonder so much of this stuff takes place."