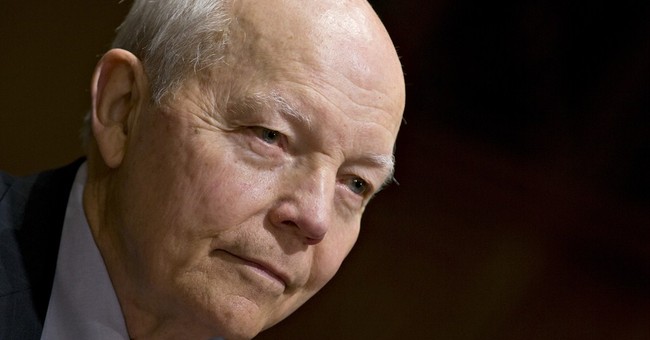 Controversial IRS chief John Koskinen will finally be replaced when his term expires next month.

President Trump announced Thursday that David Kautter, the Treasury Department’s assistant secretary for tax policy, will serve as acting commissioner of the Internal Revenue Service. He will continue to carry out his Treasury responsibilities "while we wait to confirm a permanent commissioner," Treasury Secretary Steven Mnuchin said in a statement. Kautter will begin November 13, one day after Koskinen's term expires.

“Assistant Secretary Kautter has had an illustrious 40-year career in tax policy, and I am confident that the IRS and the American people will benefit from his experience and insight," Mnuchin said.

Koskinen’s departure is welcome news to congressional Republicans, some of whom repeatedly called on Trump to fire the IRS chief and tried to impeach him last year over how he handled the IRS scandal involving the targeting of conservative groups. Koskinen stonewalled members of Congress looking into former IRS official Lois Lerner’s involvement in the IRS scandal. He was also accused of obstruction of justice, lying under oath about the IRS turning over all relevant emails to congressional investigators, and destruction of evidence.

“David will provide important leadership while we wait to confirm a permanent commissioner,” Mnuchin said.

While conservatives overwhelmingly celebrated the announcement on Twitter Thursday, some noted that he should have been fired, while others said he should be behind bars.