NASCAR Team Owners: Any Driver Who Protests National Anthem Will Be Fired 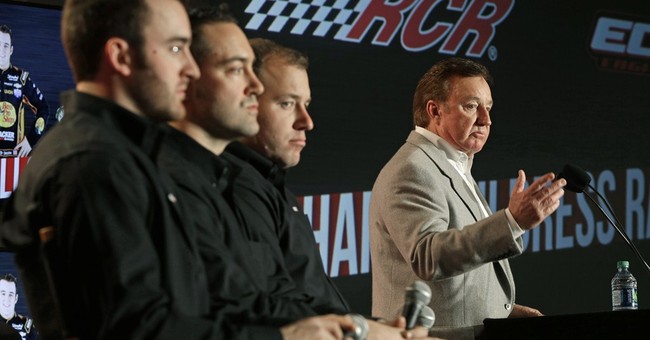 Former NASCAR champion Richard Petty, who owns Richard Petty Motorsports, told the Associated Press that he’d fire any member of his team who chose to do so.

“Anybody that don’t stand up for the anthem oughta be out of the country. Period. What got ’em where they’re at? The United States,” Petty told the AP.

And when he was asked whether a protester would be fired if they did kneel during the National Anthem, Petty responded, “You’re right.”

The former driver who now owns Richard Childress Racing said protests of the National Anthem would get his team members a “ride on a Greyhound bus.”

“Anybody that works for me should respect the country we live in. So many people gave their lives for it. This is America,” Childress said.

More than 200 football players refused to stand for the National Anthem this weekend, which comes to roughly one in eight NFL players. Three teams didn’t even come on the field for the Anthem.

The protests came after President Trump weighed in on the issue, saying players who did not stand during the National Anthem should be fired.

"If a player wants the privilege of making millions of dollars in the NFL, or other leagues, he or she should not be allowed to disrespect our Great American Flag (or Country) and should stand for the National Anthem. If not, YOU'RE FIRED. Find something else to do!" the president tweeted over the weekend.

Update: President Trump tweeted Monday morning that he was "proud" of NASCAR's attitude.

"So proud of NASCAR and its supporters and fans. They won't put up with disrespecting our Country or our Flag - they said it loud and clear!"