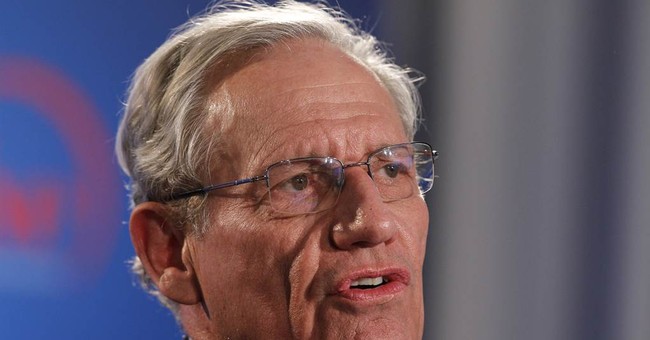 In an interview with Fox News’s Bill O’Reilly, the host wanted to know how big Woodward thought the story was.

“If true, is a gross violation,” he said, noting it’s not related to President Trump’s claim that former President Obama had his wires tapped.

House Intelligence Chair Devin Nunes announced publicly and to the president that the committee found evidence showing members of Trump’s transition team had been monitored by intelligence officials under the Obama administration.

Woodward described the rules masking the names of Americans as “pretty strict” and said it would be criminal to disseminate the information if it didn’t have intelligence value.

“Apparently what had happened here is a couple of diplomats who can be legitimately wiretapped were talking about meeting with Trump or people on his transition team, and of course you can learn all kinds of things from diplomats gossiping,” Woodward said. “Under the rules, and they’re pretty strict, it’s called minimization, you don’t name the American person who’s being discussed, and there’s 20 people in the intelligence community for intelligence reasons that can say, ‘OK, we need to unmask,’ or take the minimization off these names, but the idea that there was intelligence value here is really thin. …. This could be criminal on the part of people who decided, ‘Oh, let’s name these people.”