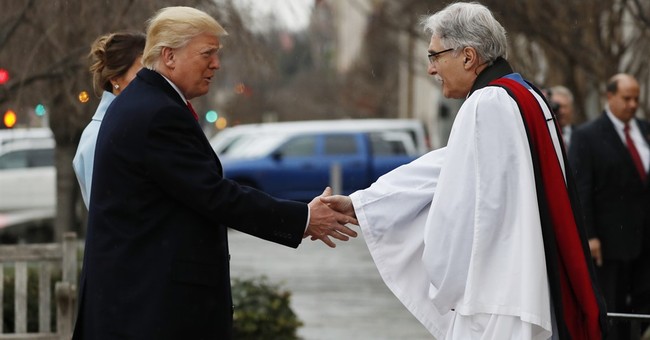 President-elect Donald Trump’s will have more prayers read during his inauguration ceremonies than any president in American history.

The New York Times has the lineup:

¦ A Jew, Rabbi Marvin Hier, dean and founder of the Simon Wiesenthal Center, in Los Angeles, which teaches about the Holocaust, anti-Semitism and prejudice.

¦ A white evangelical, the Rev. Franklin Graham, son and successor of the evangelist Billy Graham.

According to Times, that’s a record. Richard Nixon previously held the record with five during his inauguration in 1969.