Perry: I Regret Previously Calling For End to Energy Department 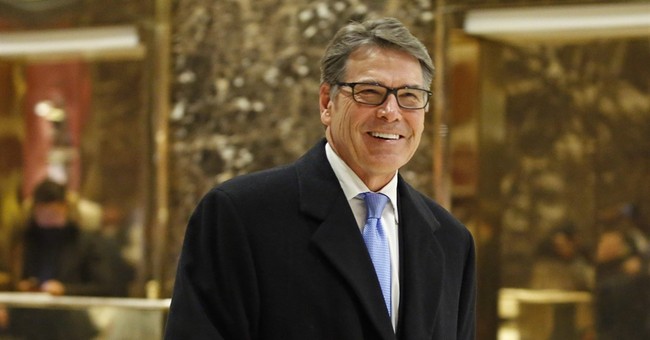 During his Senate confirmation hearing to head the Energy Department, Gov. Rick Perry said he regrets past remarks calling for an end to the department.

"I have learned a great deal about the important work being done every day by the outstanding men and women of the Department of Energy. I have spoken several times to Secretary Moniz about the operation. I have spoken to his predecessors. And if confirmed, my desire is to lead this agency in a thoughtful manner, surrounding myself with expertise on the core functions of the department,” he said.

Perry called on shutting down the Energy Department in a 2011 Republican presidential primary debate, when he began listing departments he wanted to scrap. Starting with the Departments of Education and Commerce, he then famously forgot the last one (the Energy Department), saying, “The third one, I can’t. Sorry. Oops.”