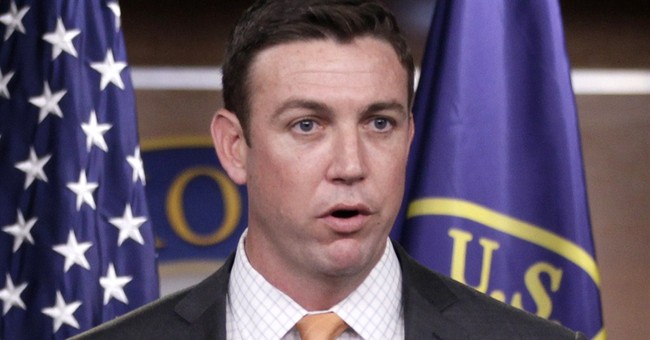 Two California lawmakers had harsh words for the Pentagon Monday over the effort to recoup bonuses that were improperly given to soldiers to reenlist a decade ago.

The bonuses, which were supposed to be for soldiers in high-demand assignments, were given during the height of the wars in Iraq and Afghanistan to more than 10,000 servicemen in order to meet recruitment goals.

But lawmakers say the Pentagon’s move to recover roughly $20 million is “disgraceful” and “insulting.”

In a letter written to Defense Secretary Ash Carter on Monday, Rep. Duncan Hunter (R-CA), a former Marine and member of the House Armed Services Committee, said “even the simple request of asking soldiers to repay money contingent on reenlistment is disgraceful and insulting."

"In fact, I find it difficult to believe that either you or your leadership team was aware that such a boneheaded decision was made to demand repayment — and I ask that you utilize your authority to influence a solution, including a possible legislative fix if determined necessary, that's in the best interest of the individuals and families impacted," he added.

Rep. Darrell Issa (R-CA) echoed his remarks, saying the effort to make soldiers pay back the bonuses is both “immoral” and “extremely troubling.”

"The Department of Defense should immediately halt the retrieval of these debts, and when Congress returns in November, I will insist this issue be permanently resolved with language in the National Defense Authorization Act awaiting final passage in both Chambers," Issa wrote in a letter to Carter on Monday.

"It is unconscionable that the burden of bureaucratic malfeasance and corruption over a decade ago is being borne by heroes who stepped forward, put themselves in harm’s way and fought to keep our nation safe. Please immediately inform our offices, in addition to the appropriate Congressional committees of jurisdiction, of the steps you will be taking to promptly fix this problem -- and in a way that makes whole every one of these veterans," he wrote.

Issa also asked the chairmen of the Armed Services Committees to include a provision in the 2017 National Defense Authorization Act to put a stop to the effort to recoup the money.