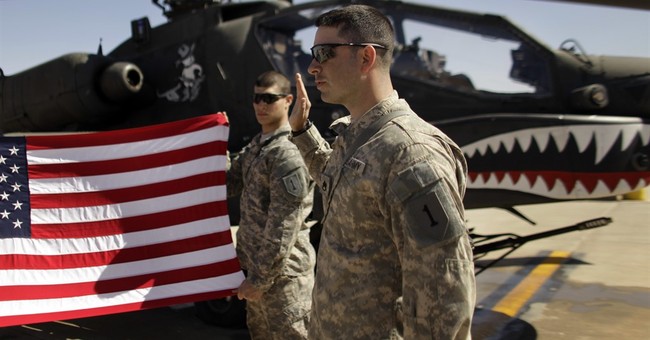 Thousands of California soldiers are being forced to repay large bonuses that were given to them a decade ago for reenlisting and going to war in Iraq and Afghanistan.

The bonus of $15,000 or more was offered as an enticement by the California National Guard, but now the Pentagon is demanding the money back after an audit revealed they were overpaid.

If they refuse, the nearly 10,000 soldiers this affects will be hit with interest charges, tax liens, and wage garnishments.

Investigations have determined that lack of oversight allowed for widespread fraud and mismanagement by California Guard officials under pressure to meet enlistment targets.

But soldiers say the military is reneging on 10-year-old agreements and imposing severe financial hardship on veterans whose only mistake was to accept bonuses offered when the Pentagon needed to fill the ranks.

Some veterans like Susan Haley are taking a huge financial hit in an effort to pay back the bonus. She's sending a quarter of her family’s income each month to the Pentagon and her family may even need to sell their home to make the payments.

“I feel totally betrayed,” Haley, who served 26 years in the Army, told the LA Times.

“They’ll get their money, but I want those years back,” she said about her six-year reenlistment.

The bonuses were supposed to be limited to soldiers in high-demand assignments like intelligence and civil affairs or to noncommissioned officers badly needed in units due to deploy to Iraq or Afghanistan.

The National Guard Bureau, the Pentagon agency that oversees state Guard organizations,  has acknowledged that bonus overpayments occurred in every state at the height of the two wars.

But the money was handed out far more liberally in the California Guard, which has about 17,000 soldiers and is one of the largest state Guard organizations.

In 2010, after reports surfaced of improper payments, a federal investigation found that thousands of bonuses and student loan payments were given to California Guard soldiers who did not qualify for them, or were approved despite paperwork errors.

Instead of being forgiven for something that wasn’t their mistake to begin with, veterans now risk facing debt collection action.

“I signed a contract that I literally risked my life to fulfill,” Robert Richmond, an Army sergeant first class, told the LA Times. “We want somebody in the government, anybody, to say this is wrong and we’ll stop going after this money.”

Someone Thinks a Trump Supporter Put Live Rounds in Alec Baldwin's Prop Gun
Matt Vespa
Psaki and Co. Falsely Imply Biden is Accessible to the Press
Katie Pavlich
Former Child Star Recounts Choosing Life After Parents Pressured Her to Get an Abortion As a Teenager