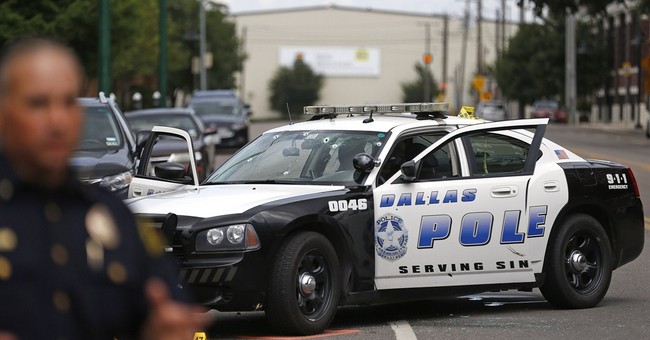 Update: No suspect has been found; all floors of the garage have been cleared.

Dallas PD: 1st & 2nd floors have been cleared. Police employees have been allowed to access their vehicles and leave.

Update: No suspect was found after a manual search of the garage so now K9 units are sweeping the garage a second time.

Dallas PD: No shots fired at garage behind Dallas PD. SWAT set off a device to enter a locked fence.

Update: According to WFAA, the threat was made by a group from Houston that said they were armed.  Police, who've been described as "spooked," have also pushed media back even further and asked them to stop all live feeds.

Update: Officers spotted a suspicious person in the parking garage and the person took off running, according to Fox.

Dallas PD focused on parking garage behind DPD HQ. Reports of shots fired, but reporters on scene on side of building didn't hear any.

The Dallas police headquarters is on lockdown with SWAT teams outside.