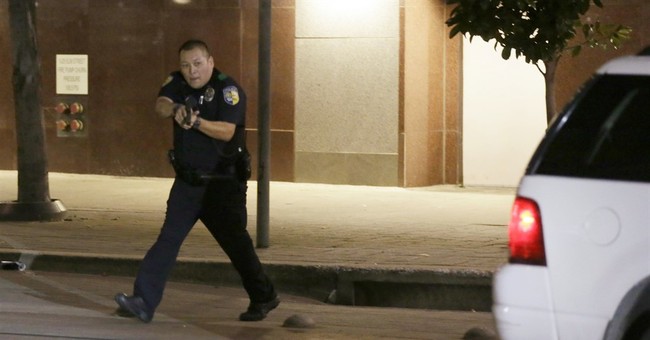 The latest ambush against law enforcement in Dallas brings the number of officers killed in the line of duty in 2016 alone to 56, according to the National Law Enforcement Officers Memorial Fund.

The Memorial Fund also noted that the attack was the deadliest day for law enforcement since September 11, 2001, when 72 officers were killed.

Before the Dallas shooting, 51 officers had died in 2016 while on duty, compared to 58 by July 7 of last year.

Twenty-one of those deaths this year were related to firearms, according to the organization, compared to 18 firearms-related deaths the year before.

Five of the 51 officers killed this year worked in the state of Texas, not including a federal Border Patrol agent who was killed in a vehicle crash in the state.

The latest casualties now make Texas the most deadly state for law enforcement this year, followed by Louisiana, where there have been four law enforcement deaths since the start of the year.

At the UN, Biden Says American Freedom is 'Connected' and Dependent on the Rest of the World
Katie Pavlich