Gary Johnson: You Know, I Wouldn’t Be Running If There ‘Weren’t the Possibility of Actually Winning’ 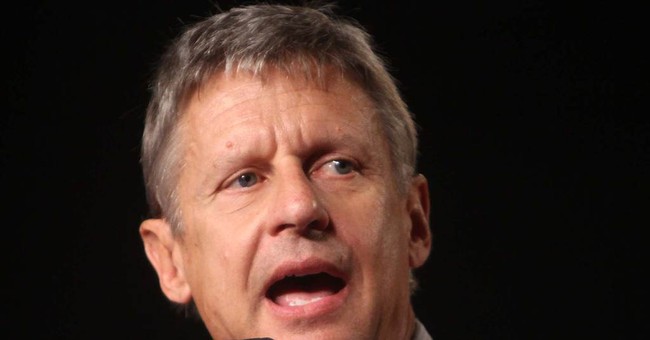 Libertarian candidate for president Gary Johnson is polling in double digits in hypothetical general election matchups, which is particularly noteworthy given that nearly half (47 percent) of the electorate would consider throwing their support behind a third party candidate.

On top of that, not only are there a lot of undecided voters right now, recent polls also show Trump and Clinton are pretty unpopular among the national electorate.

So, does he have any shot at winning or is he just serving as a spoiler? According to Johnson, it's the former.

“I wouldn’t be engaged in this right now if there weren’t the possibility of actually winning,” he told MSNBC, although he went on to note that a third party candidate’s only chance of winning is to be included in the presidential debates.

A candidate must poll at 15 percent to be invited to debate, according to the Commission on Presidential Debates.

“Really key for us right now is just being in the polls that determines who’s in the debates,”he said.