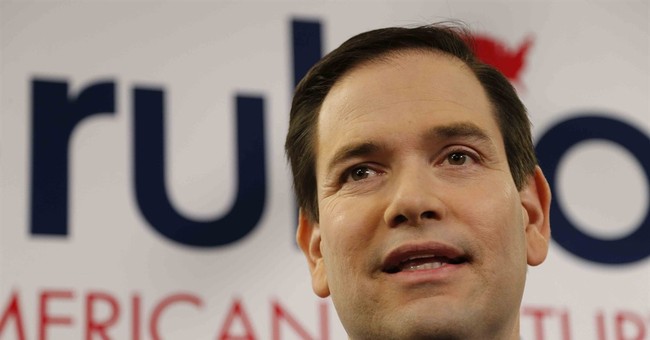 His 2016 presidential aspirations may have failed, but Sen. Marco Rubio seems pretty confident he’ll have no trouble at all finding another job when he leaves Congress.

In fact, he may face the problem of having too many job offers, which is why he’s hired lawyer Robert Barnett to help him sift through potential opportunities.

“Senator Rubio has already received many — and will receive many more — inquiries from interested individuals and entities,” Barnett told Politico Florida. "They come from a wide variety of sources and reflect the fact that he will be in high demand.

“Of course, many of the speakers bureaus would want to sign him, too. He will likely also do some teaching. We won’t start negotiating anything until we receive guidance from the Ethics Committee.”

Politico Florida on Thursday reported that Rubio has ruled out two positions, however, reportedly having no interest in lobbying or working for a Wall Street firm.

The Florida lawmaker has additionally crossed out a gubernatorial run in 2018, but remains undecided about another Oval Office bid in the future.

Rubio’s spokesman said that Barnett’s hiring will help the lawmaker focus on finishing his Senate duties after suspending his presidential campaign in March.

“One advantage of hiring an attorney is you would get someone more skilled in negotiating good financial terms,” said Robert L. Walker, a lawyer and former chief counsel and staff director of the House and Senate ethics committees.

“And you don’t have to get your hands dirty, so to speak,” he added.

Rubio spokesman Alex Burgos said the senator is “looking forward” to returning to life as a private citizen once his public service is finished.