Buzzkill: Obamacare Regulation May Put Craft Breweries Out of Business 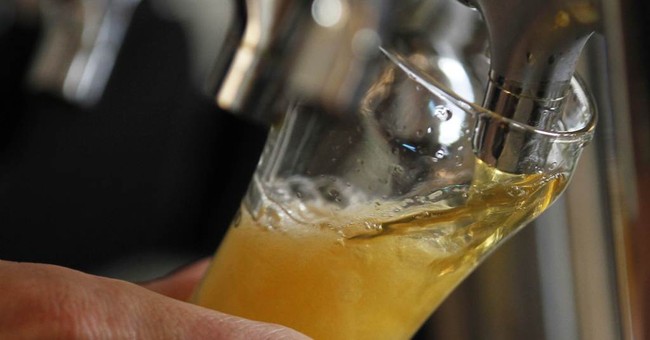 Obamacare’s menu labeling regulation promises to be a disaster for the food and restaurant industries, as its implementation is both costly and extremely onerous. While its deleterious effects on the pizza, restaurant, and grocery industries have been most well known, it also has the potential to shutter an industry near and dear to Americans’ hearts: craft beer.

Since beer has a few too many calories for bureaucrats, the health law dictates that all brewers include a detailed calorie count on every type of beer produced. Failure to do so, according to Americans for Tax Reform, “means craft brewers will not be able to sell their beer in any restaurant chain with over 20 locations.”

The Cato Institute estimates the Obamacare calorie labeling requirements will cost a business as much as $77,000 to implement. For larger beer companies, this is a drop in the bucket, but for small, local craft brewers it represents a substantial cost that they must pay. As a result, it creates a significant disadvantage compared to larger beer companies who can better absorb the cost of this new regulation.

According to Bart Watson, chief economist of the Brewers Association, "Most of the new [craft beer] entrants continue to be small and local, operating in neighborhoods or towns. What it means to be a brewery is shifting, back toward an era when breweries were largely local, and operated as a neighborhood bar or restaurant." The increasingly small size of craft breweries means they are faced with a tough decision in light of the impending regulations: cut costs and possibly lay off workers to pay for the calorie labels, or be shut out of one of the most profitable markets for their product. Either way, it is a lose - lose situation for the craft beer brewers and drinkers, an industry that grew 27.8 percent from 2013 to 2014 when it was left alone.