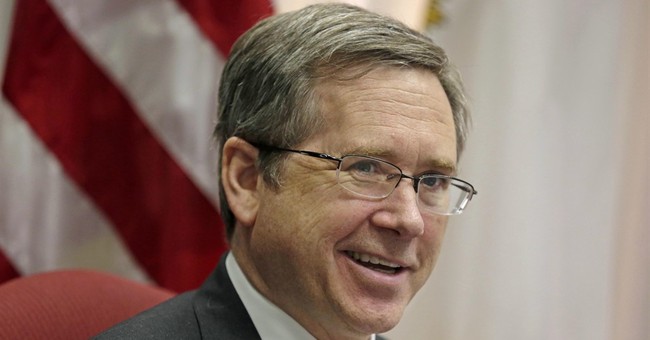 It’s truly astonishing how anyone can watch the now four videos that have come out in recent weeks exposing Planned Parenthood’s illegal sale of fetal body parts—not to mention today’s game changer that they harvest the organs of babies born alive—and still put politics before doing what’s right: ending taxpayer funding of the abortion giant.

“In other states tissue donation programs should be investigated but in Illinois there is no similar program,” Kirk told The Hill in a statement. “I do not plan to cut access to basic health care and contraception for women, the majority of whom have no other resources.”

Kirk, it should be noted, is up for re-election next year and is a top target for Democrats.

He’s not the only Republican who opposes such a measure, however. Sen. Susan Collins told reporters on Wednesday that she’s “still looking at the bill.”

“If it is an amendment defunding Planned Parenthood before we have more facts in, then I would likely oppose the amendment,” she said.

But supporters of the bill explicitly point out that it is crafted in a way that doesn’t take funding away from women’s health. Just take a look at this provision, which Guy pointed out yesterday (from the AP, emphasis his):

GOP senators unveiled a bill Tuesday evening prohibiting federal aid to Planned Parenthood and directing that the money instead be directed to "other eligible entities to provide women's health care services." Aides said an initial vote on the measure, sponsored by Sen. Joni Ernst, R-Iowa, was likely early next week. The bill cites state and local health departments, federally backed community health centers and other providers of health services to women who might get the money. Republicans were hoping that might encourage Democrats to pull funds away from Planned Parenthood, which even some abortion-rights Democrats have avoided defending since the videos were released.