Was Gang Member Who Allegedly Committed Quadruple Homicide a DREAMer? 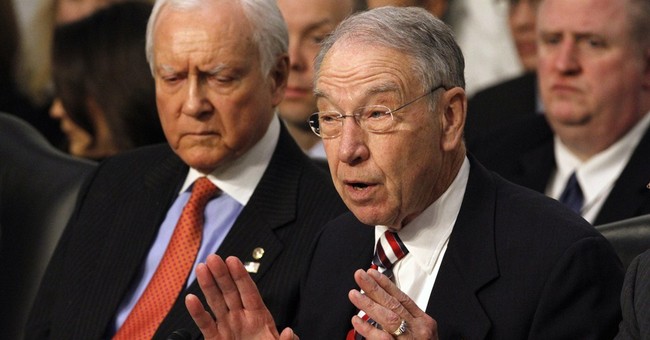 “Mr. Rangel-Hernandez allegedly applied for and received deferred action under the President’s Deferred Action for Childhood Arrivals (DACA) program,” he wrote in a letter to Johnson on Friday. Grassley then requested files on Rangel-Hernandez from DHS and its sub agencies be sent to the Senate Judiciary Committee.

Illegal immigrants have killed tens of thousands of Americans—deaths that were entirely preventable had our nation’s leaders enforced immigration laws already on the books. If Congress loses the battle to defund President Obama’s executive actions on immigration, this trend will sadly continue in the years ahead.

As Ann Coulter argued in her column this week, Americans are much more likely to be killed, raped, or maimed by illegal immigrants than they are by ISIS. Yet, we continue to have a laser-like focus on international threats that, so far, have killed only a few Americans. While those deaths are tragic, and the threat from ISIS should by no means be ignored, “ISIS is not at our doorstep,” Coulter pointed out. On the other hand, “illegal immigrants are not only at our doorstep, but millions of them are already through the door, murdering far more Americans than ISIS ever will.”

Couldn't we please focus on Americans for a bit? Can't a Republican Congress do anything to stop the surge of foreign criminals, viruses and parasites crossing our border? Will politicians ever stop gassing on about what's happening 7,000 miles away and worry about us?

But politicians and the media only want to give us war, while aiding the enemy in the war we're already in, here at home.