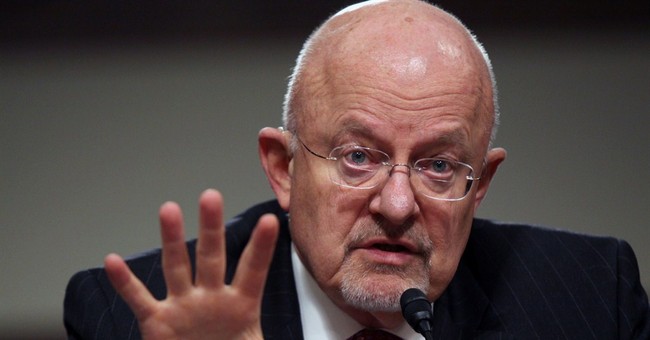 Earlier this month the U.S. secured the release of two Americans citizens from imprisonment in North Korea: Kenneth Bae and Matthew Todd Miller, both of whom had been held there for more than two years.

As Dan reported, Director of Intelligence James Clapper’s diplomatic efforts were instrumental in the release, although it was North Korea that first initiated negotiations. Though the news was certainly cause for celebration, many were left wondering about the details—why would North Korea, one of the world’s most repressive regimes, agree to release these American prisoners, and how, exactly, did the U.S. pull it off?

While we still don’t have all the specifics, Clapper did appear on “Face the Nation” Sunday to offer a few more details about the release that he said at one point, looked like it might fail.

Clapper also said that he thought at one point the mission to return Americas Kenneth Bae and Matthew Miller might fail because North Korean officials wanted a diplomatic concession in exchange, and he had none to offer.

"I think they were disappointed," Clapper said, a week after the trip was completed.

Only when Clapper was ushered into a hotel room for an "amnesty-granting ceremony" did he think the releases would proceed as planned.

Clapper described the beginning of the trip as arrived in Pyongyang in the dark, being taken to a guest house and being met by a small party led by the state security minister and a translator.

What followed, he said, was a "terse" and “not exactly pleasant” dinner with the head of the Reconnaissance Guidance Bureau.

He brought a short letter from President Obama characterizing North Korea's willingness to release the pair as a positive gesture. But the North Koreans wanted more.

"I think the major message from them was their disappointment that there wasn't some offer or some big -- again, they term they used was `breakthrough.’ ”

Afterward, Clapper waited hours until he got word that he had 20 minutes to pack his luggage for a drive to a downtown hotel. It was then he knew he would be leaving with Bae and Miller.

At a ceremony, Clapper exchanged handshakes with his North Korean interlocutor, the prisoners changed clothes and they left for the flight back.

Interestingly, one of the younger officials who accompanied Clapper to the airport “professed interest in more dialogue” and asked him if he’d “be willing to come back to Pyongyang.” Clapper took it as a “ray of optimism” and said he would.

Currently, the U.S. has no formal diplomatic relations with North Korea.