Manchin: Yeah, It’s Going to be “Difficult” to Pass Gun Control in 2014 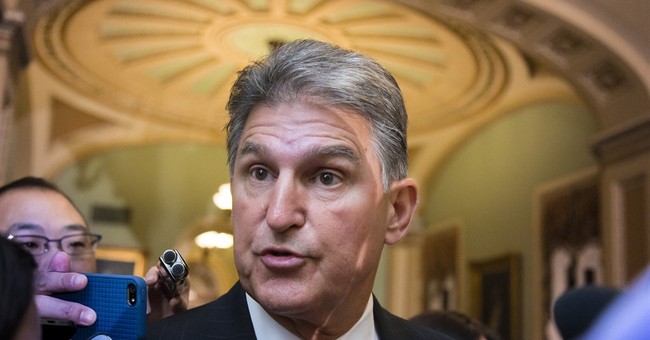 After major gun-control legislation was defeated in the Senate this year, Nancy Pelosi, Harry Reid, and number of other Democrats insisted the fight isn’t over—including Sen. Manchin, who crafted the background check legislation with Sen. Pat Toomey, R-Penn., after the Newtown massacre.

In late April, Manchin said he would “absolutely” try for another vote, but insisted that the bill “needs to be clean” the next time around.

Since Newtown, however, support for more gun control has only continued to wane, making it exceedingly difficult to imagine that another bill could pass. Manchin, it seems, is finally coming to that realization.

Sen. Joe Manchin says rounding up the votes to pass a bill creating background checks for gun purchases next year is going to be “difficult.”

While saying he’s “hopeful” that some would change their minds, the West Virginia Democrat acknowledged there are Democrats who opposed the bill creating background checks for gun purchases.

“Hopefully, they would maybe reconsider,” Manchin said in an interview aired Sunday on CNN’s “State of the Union.” "It’s going to be difficult to get the extra votes that we need. I’m going to be honest with you."

The West Virginia Democrat pinned the proposal’s failure on a lack of trust in government.

“The people that basically are law-abiding gun owners and understand gun culture weren’t offended by us saying that, if you go to a commercial transaction, it makes sense to go ahead and find out—is that person who wants to buy your gun a criminal,” he said.

“What we found out is that people just didn’t trust government was going to stop there,” he added.

Even though the senator is finally being realistic about the possibility of a new gun control bill making it through the Senate in 2014, that hasn't stopped the White House, Organizing for Action or gun control groups from pushing forward.