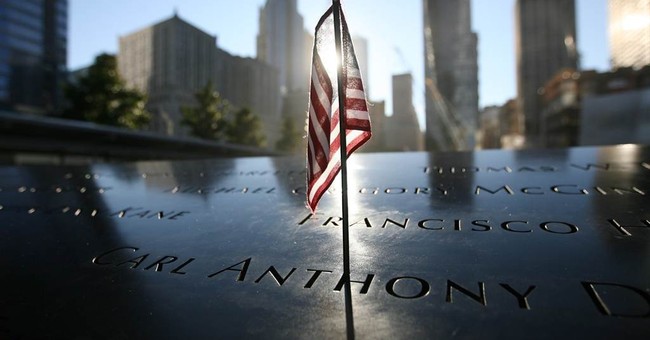 The American Political Action Committee claims its intention in holding a Million Muslim March in Washington, DC is to demand social justice by the U.S. government. But the date the group has chosen is 9/11—the 12th anniversary of the September 11 terrorist attacks. Nothing like rubbing salt on a wound, right? Via The Washington Times:

The American Political Action Committee, or AMPAC, is demanding “that laws be enacted protecting our 1st amendment. We are asking President Obama to fulfill his promise from his first campaign for Presidency of a transparent government. Lastly, we are asking for the release of the 9/11 commission report to the American people,” the event posting states on their website.

AMPAC’s Chief of Operations Isa Hodge writes that Muslims and non-Muslims alike were traumatized by the Sept. 11, 2001 terrorist attacks, “but we as Muslims continue 12 years later to be victimized by being made the villains.”

“Yet our Government either sits idly by and does nothing to protect our freedoms or it exacerbates the problem with its constant war on terrorism in Islamic countries, congressional hearings on Islam in America, and its changes to the NDAA law.”

“These lies told to the American population has made it impossible for us to do true Dawa,” Ms. Hodge continues, referring to the practice of proselytizing or preaching Islam.

“It is time for us as Muslims in America to stop being defensive and start being proactive by using our right to vote and our freedom of assemble and let our voices be heard by our country and the world. Stand with us help us fight the injustices being committed against us.”

Sean Hannity on Thursday slammed the march planned for next month and railed against the group’s statement, which claims Muslims continue to be “victimized by being made the villains.” Anti-Islamic activist Brigitte Gabriel joined Hannity in criticizing the group. Rather than saying “we rebuke anybody who blows up civilians in the name of Jihad, they are gathering together and crying victim,” she said. “The audacity is beyond words!”