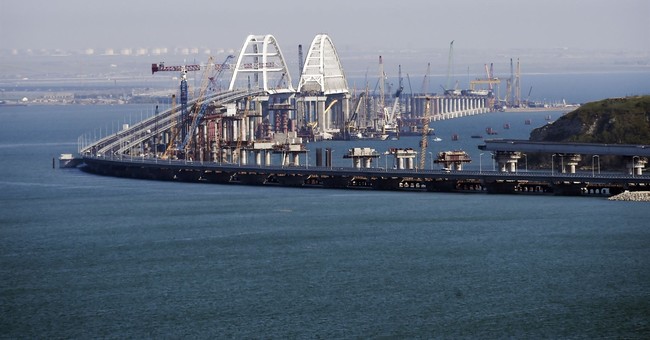 The United Nations Security Council will hold an emergency meeting Monday to discuss the building tensions between Russia and the Ukraine. The announcement came after the Ukrainian government said Russia seized three of their naval vessels in the Kerch Strait near Crimea Sunday.

An emergency Security Council meeting has been called for tomorrow at 11:00am https://t.co/FpCAD2rGPn

U.S. government special envoy on Ukraine Kurt Volker tweeted early Monday morning that Russia had rammed a Ukrainian vessel as it was "peacefully travelling toward port...and then accuses Ukraine of provocation????"

The emergency meeting was called by the Russian Mission to the U.N.'s Deputy Ambassador Dmitry Polyanskiy. He reportedly said he called the meeting, "to discuss dangerous Ukraine provocations in the sea of Azov and Kerch Strait near Crimea threatening international peace and security."

Ukraine's Ambassador to the UN Volodymyr Yelchenko said that "the audacious behavior of the aggressor," could only be addressed "by joint coordinated efforts."

The European Union and NATO has called for restraint on both sides and asked Moscow to restore access to the Kerch strait.

The Ukrainian government said that one of its boats, a tugboat, was rammed by a Russian coast guard vessel.

Ukraine's Interior Minister Arsen Avakov tweeted out a video Sunday allegedly showing footage, taken from on board the Russian vessel, of the tugboat being rammed.