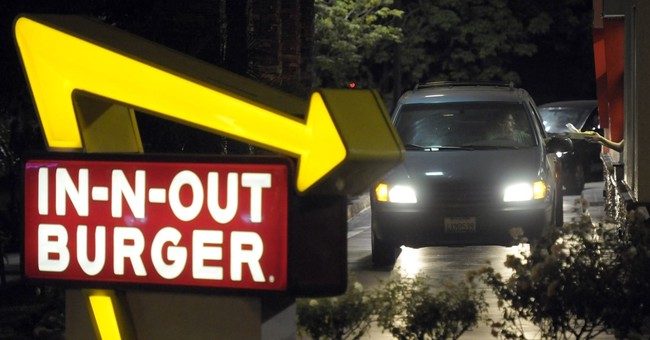 Eric Bauman, chair of the California Democratic Party, called for a boycott Thursday of the iconic West Coast eatery In-N-Out Burger after The Los Angeles Times reported that the chain had donated $25,000 to the California Republican Party.

Reporter Gabe Schneider first pointed out the donation in a tweet Wednesday.

However, The Los Angeles Times also points out that In-N-Out Burger has given to Democratic groups.

It gave “several thousand dollars to a PAC known as Californians for Jobs and a Strong Economy. That group is as pro-business as the name implies, which makes sense for a major employer, but, as the Sacramento Bee reported in 2014, it was founded by David Townsend, a political operative who identifies as a centrist Democrat.”

The family-owned fast food chain features bible verses on their food packaging and, while their political donations may not please Democrats, In-N-Out is frequently praised for paying their employees well over the minimum wage and providing phenomenal benefits.

“In-N-Out is just eons above everybody else,” Saru Jayaraman, who leads the Food Labor Research Center at U.C. Berkeley told the California Sun. “On wages and benefits, they really are the best large chain.”

The idea of boycotting In-N-Out over the political contribution got a mixed reception on Twitter.

Sorry I will never #BoycottInNOut I dont care who they donate to. Chick Fill A sucks so I dont care but I wont go along with this one.

Of course they like the CA GOP, they proselytize on all their food with hidden bible versus. I can live with that. https://t.co/gycCs12Xlf

People should #BoycottInNOut because it's overrated, not because it supports Republicans, which it has since, oh, forever.

@innoutburger This really bums me out because I’m a regular customer... BUT I cannot spent money with a company that supports the current GOP! #BoycottInNOut https://t.co/XlSdNaGG3D

Do just to be clear Eric...you are saying we as Californians should have a list of companies that donate to political parties...and those that donate to a party other than our own should be #Boycotted ? Wouldn't that be detrimental to our own economy? Not no mention #UnAmerican