Ryan Appears to Signal Support for McCarthy as His Successor 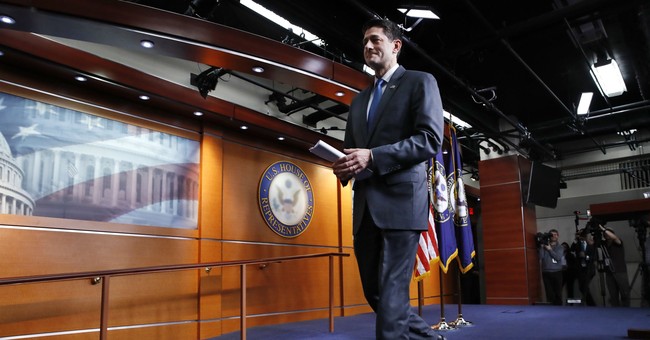 "I was encouraged that Scalise this morning said that he thinks after the election that Kevin McCarthy ought to be the person to replace me after the elections,” Ryan told the press at his weekly news conference.

"What it shows you is that we have an intact leadership team that supports each other, that's all heading in the right direction,” he said.

"I've got a job right now as the House Majority Whip and there's a lot more we need to do," Scalise added.

"We need to stay focused on getting our job done and keeping the majority, because if we lose focus of that, Nancy Pelosi will be Speaker,” Scalise warned, “and I think we know how devastating that would be for our country."

He also dismissed talk that he would be the more conservative choice for Speaker.