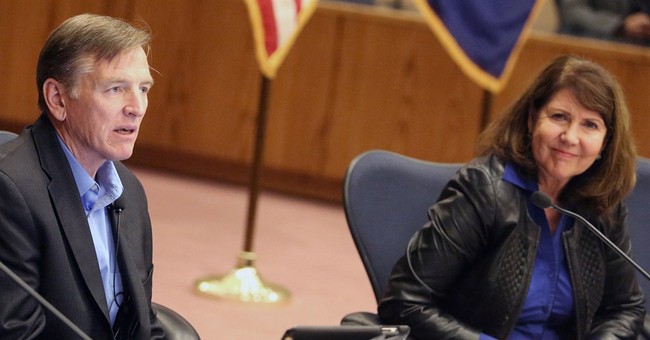 Rep. Paul Gosar (R-AZ) defended remarks he made last week calling for the Capitol Police to arrest any illegal aliens in attendance at the State of the Union address after members of the Hispanic Caucus tried to pass a resolution in the House Tuesday condemning him for his comments. The House voted 231-187 along party lines to kill the resolution.

Rep. Michelle Lujan Grisham (D-NM), chairman of the Hispanic Caucus, authored the resolution which condemned Gosar’s “inappropriate actions that intimidated State of the Union guests and discredited the U.S. House of Representatives.”

“So you want to condemn my free speech, @RepLujanGrisham?” He tweeted in reply along with a statement defending his remarks.

So you want to condemn my free speech, @RepLujanGrisham? pic.twitter.com/TkcATTfzd7

“I will not be intimidated by her left-wing non-sense and efforts to silence my speech,” Gosar wrote. “I have a First Amendment right to speak out against their advocacy for criminals, gang members, drug dealers, human traffickers and simple run-of-the-mill law breakers who have violated our immigration laws.”

Gosar asked the Capitol Police and Attorney General Jeff Sessions last week to consider “checking identification of all attending the State of the Union address and arresting any illegal aliens in attendance.”

“Of all the places where the Rule of Law needs to be enforced, it should be in the hallowed halls of Congress,” he argued. “Any illegal aliens attempting to go through security, under any pretext of invitation or otherwise, should be arrested and deported.”