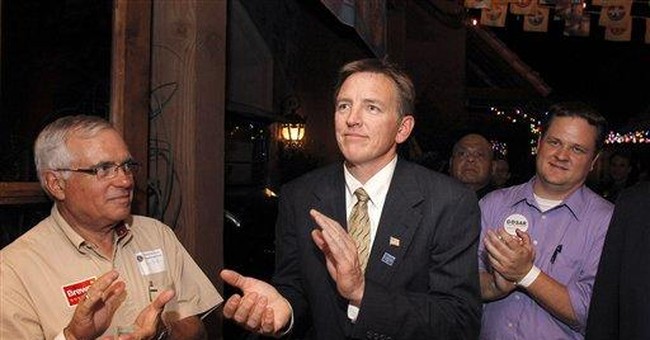 Rep. Paul Gosar (R-AZ) told the U.S. Capitol Police and Attorney General Jeff Sessions Tuesday to consider “checking identification of all attending the State of the Union address and arresting any illegal aliens in attendance,” according to a series of tweets from his account.

“Of all the places where the Rule of Law needs to be enforced, it should be in the hallowed halls of Congress,” Gosar said. “Any illegal aliens attempting to go through security, under any pretext of invitation or otherwise, should be arrested and deported.”

Additionally, Congressman Gosar asked that they arrest those using fraudulent social security numbers and identification to pass through security.

The American Civil Liberties Union (ACLU) called Gosar’s effort an “attempt to silence Dreamers who are speaking out.”

Yet another attempt to silence Dreamers who are speaking out. Capitol police should denounce this, strongly. #SOTU https://t.co/glHBqhlQhV

Gosar also faced criticism from some of his Democratic colleagues.

The State of our Union is heartless and cruel. https://t.co/Ib76tkWgrv

What’s wrong with you? https://t.co/PmZ8aMQGyN

A CNN reporter pointed out that there will be many illegal immigrants in attendance.

There will be a lot of undocumented immigrants attending Trump's SOTU tonight: https://t.co/8zlw0j2aCYhttps://t.co/iJbiZACisM

It remains to be seen whether the Capitol police will be taking Gosar’s advice.