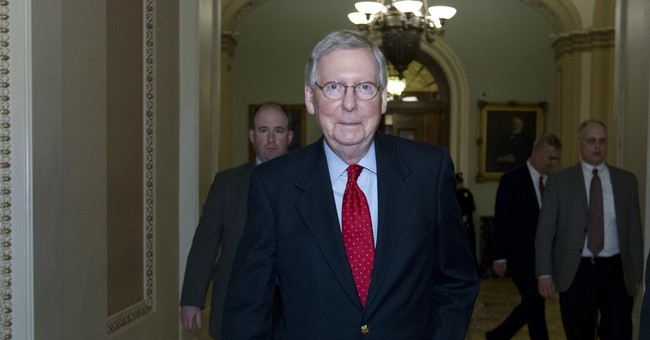 Senate Majority Leader Mitch McConnell (R-KY) announced Wednesday that the Senate will vote next week on the Pain Capable Unborn Child Protection Act which would ban abortion at 20 weeks, the point at which science increasingly shows unborn babies feel pain.

“Last week Americans from all across the country, including many from Kentucky, came here to Washington to speak up for unborn children whom our legal system has denied the right to life,” McConnell said, referencing the recent March for Life.

“Now Congress has an opportunity to take a step forward,” he continued. “The United States is currently one of just seven countries, just seven, including China and North Korea, that permit elective abortion after 20 weeks. It is time we begin to remedy this obvious and tragic moral wrong.”

McConnell said the Senate will be voting on the bill “early next week.”

Shortly after the bill’s passage, The Washington Post fact checked the claim that the U.S. is one of just seven countries in the world to allow elective abortion after 20 weeks gestation and found it to be true.

“Looking at him I don’t think anybody would be able to tell,” Rep. McCarthy said at the time. “He’s a perfectly healthy boy and I know everybody here is happy to have you here, Micah. This legislation is for children like Micah, it’s about drawing a line when babies have grown for 20 weeks, when they can feel pain, when they can see their noses, their ears, when we can hear the heartbeats, and we can feel their kicks and at the very least that’s when we can all agree that they should be protected.”

McCarthy told Townhall in December that he hasn’t given up on the hope that Micah’s story can win hearts and minds in the Senate.

The legislation faces quite the uphill battle, needing 60 votes to overcome procedural hurdles and even be taken up in the Senate where Republicans hold a 51-seat majority.

President Trump officially backed the legislation and called upon the Senate to pass it in his address to the March for Life in D.C. last week.