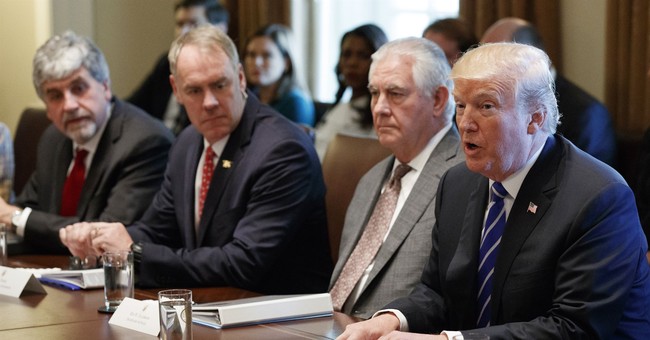 “We face today a time of rising religious persecution,” McCarthy told those gathered, “it’s not violent, it’s not done in the name of God but it is a new orthodoxy and it is an intolerant dissent. Nuns have been forced to put aside their lives of service of the elderly and sit and have to go to court humbly requesting that they not be required to pay for practices that end the lives of children.”

McCarthy was referencing the Little Sisters of the Poor’s ongoing lawsuit against the Obamacare contraceptive mandate which they declined to comply with due to religious objections.

He also mentioned the current case facing the Supreme Court of pregnancy centers “forced against their deepest beliefs to advertise for an abortion industry bankrolled by the state.”

McCarthy said he has “high hopes that violations of the Weldon amendment and the arrogance of the California abortion mandate AB775 will be investigated and resolved quickly.” He was referencing a 2014 mandate by the California Department of Managed Health Care (DMHC) requiring insurers to cover elective abortions, something he told Townhall in December that he’s working with the administration to address.

"In the past this office sent the message, now is not the time for freedom, it is time for you to conform. What a difference one year makes," he observed.

McCarthy’s sentiment about the changes at HHS was echoed throughout the event. Dr. Everett Piper of Oklahoma Wesleyan University expressed it in the pithiest fashion, commenting, “I want to say how good it is thanking OCR rather than suing them.”

His university was among those challenging the Obamacare contraceptive mandate on religious grounds.

Sen. James Lankford thanked OCR for recognizing that “religious intolerance is a personal choice not a legal requirement.”

He cited another recent Supreme Court case Trinity Luther v. Comer which, he said, “reaffirmed this basic fact that when the government or the state or local or federal government partners with a religious institution there’s not a requirement for that institution or that agency to set aside their religious faith. They’re American citizens the same as people who do not choose to practice religious faith.”

Rep. Hartzler said “the need for this division has become acutely apparent.” She brought up the case of Cathy DeCarlo, formerly a nurse at Mount Sinai Hospital in New York, who was forced to choose between assisting with an abortion or losing her job. DeCarlo told her story on Capitol Hill in November.

Hartzler added that there is still a need for her Conscience Protection Act which would forbid discrimination against a health care provider “based on the provider's refusal to be involved in, or provide coverage for, abortion.” The legislation would provide those forced to violate their conscience with a private right of action.

OCR Director Roger Severino said that HHS “is institutionalizing a change in the culture of government, beginning with HHS, to never forget that religious freedom is a primary freedom, that it is a civil right.”

“The new division will ensure that we do not repeat the mistakes of the past,” he emphasized.

Acting HHS Secretary Eric Hargan said that “for too long too many of these healthcare practitioners have been bullied and discriminated against because of their religious beliefs and moral convictions leaving many of them to wonder whether they have a future in our healthcare system.”

”When faithful Americans are bullied out of the public square and out of public service, when bigotry is allowed to flourish, we all lose,” he added.

The American Civil Liberties Union responded to the announcement Thursday by claiming that the Trump administration was "prioritizing providers’ beliefs over patients’ health and lives."

“We may not know exactly what this new division will look like in practice, but we do know that this means they prioritize religious liberty over the health and civil rights of women, transgender people, and others,"Louise Melling, deputy legal director of the ACLU claimed. "They are prioritizing providers’ beliefs over patients’ health and lives. This administration isn’t increasing freedom — they’re paving the way for discrimination.”