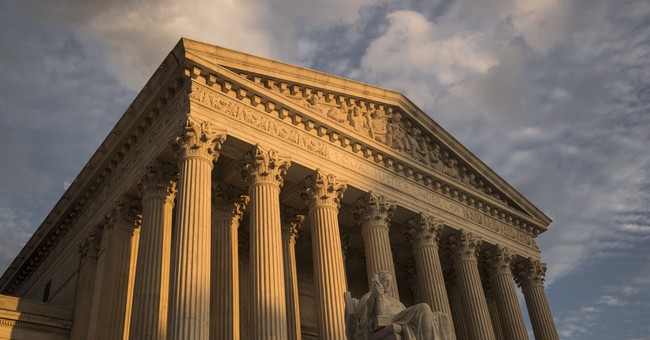 The Supreme Court agreed to hear a major free speech case Monday that will address a 2015 California law requiring pro-life pregnancy centers to “disseminate to clients” a message promoting public programs with “free or low-cost access” to abortion and contraceptive services.

The law, dubbed “The Reproductive FACT Act” by its supporters, including the abortion advocacy group NARAL which sponsored the legislation, went into effect in January of 2016. It requires pregnancy centers to post the notice that, “California has public programs that provide immediate free or low-cost access to comprehensive family planning services (including all FDA-approved methods of contraception), prenatal care, and abortion for eligible women. To determine whether you qualify, contact the county social services office at [insert the telephone number].”

Three pregnancy centers, the National Institute of Family and Life Advocates, Pregnancy Care Center, and Fallbrook Pregnancy Resource Center, sued over the requirement claiming that the law infringes upon their First Amendment rights to freedom of speech and free exercise of religion.

In their petition to the Supreme Court, filed in March, the groups state that, “California enacted the Reproductive FACT Act with the stated purpose of targeting pro-life ‘crisis pregnancy centers’ based on their viewpoint that ‘discourage[s]’ abortion…. The Ninth Circuit candidly admits that it upheld the Act amidst a ‘circuit split’ over how to scrutinize regulations of speech by medical professionals on controversial health issues.”

“It’s unthinkable for the government to force anyone to provide free advertising for the abortion industry. This is especially true of pregnancy care centers, which exist to care for women who want to have their babies,” commented Kevin Theriot, senior counsel for the Alliance Defending Freedom, the legal group representing the pregnancy centers.

“The state shouldn’t have the power to punish anyone for being pro-life,” he added. “Instead, it should protect freedom of speech and freedom from coerced speech.”

Although the pregnancy centers argue that both their free speech and religious freedom rights are violated by the law, the justices will only address the free speech claim.

The case is expected to be argued early next year.

Many pro-life organizations welcomed the news that the Supreme Court will address this issue, particularly the March for Life which is featuring pregnancy centers in their 2018 March for Life.

"March for Life welcomes the news that the Supreme Court will take up the free speech violation in California that forces pregnancy care centers to post information promoting abortion," said March for Life president Jeanne Mancini. "These benevolent centers, which exist solely to provide love and support for women facing unexpected pregnancies and have no financial interest at stake, should not be forced to violate their first amendment right to freedom of speech and conscience.  March for Life will showcase the heroic work of the pregnancy care movement at the 2018 March for Life with the theme 'Love Saves Lives'."

Guy Benson
Want to Guess What CNN Was Obsessed Over in the Last 12 Hours? It’s Not the Economy or Hamas Terrorism
Matt Vespa
This Biden Cabinet Member's Disregard for Violation of Federal Abortion Law is Disturbing
Rebecca Downs
CARTOONS | Tom Stiglich
View Cartoon
Most Popular