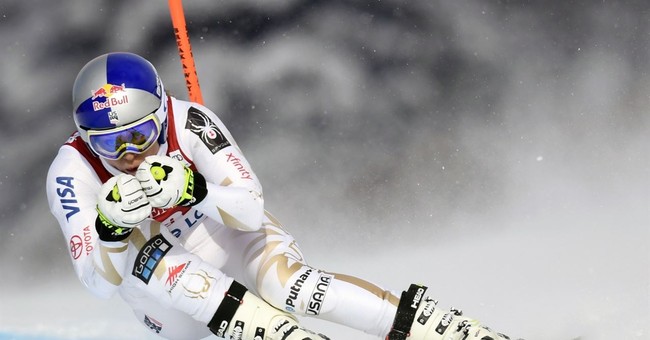 Veteran alpine Olympic skier and gold medalist Lindsey Vonn told CNN Thursday that she will be competing in the 2018 Olympic games in Pyeongchang, South Korea for the people of the U.S. but not President Trump.

CNN’s Christina Macfarlane asked her “how will it feel competing for an Olympic games for a United States whose president is Donald Trump?”

“Well I hope to represent the people of the United States, not the president," Vonn replied.

"I take the Olympics very seriously and what they mean and what they represent, what walking under our flag means in the opening ceremony," she added. "I want to represent our country well. I don't think that there are a lot of people currently in our government that do that."

Vonn also said she would not accept an invitation to the White House.

"Absolutely not," she said. "No. But I have to win to be invited. No actually I think every US team member is invited so no I won't go.”

US Ambassador to the UN Nikki Haley and White House Press Secretary Sarah Huckabee Sanders raised doubts Thursday about U.S. participation in the games in light of the security concerns over tensions with North Korea.

Initially, Sanders cited security considerations during the White House press briefing when she said U.S. attendance wasn't set in stone but that "the goal," was for the athletes to compete.

However Sanders clarified on Twitter minutes later that the “U.S. looks forward to participating” in the 2018 Winter Olympics.

UPDATE: The U.S. looks forward to participating in the Winter Olympics in South Korea. The protection of Americans is our top priority and we are engaged with the South Koreans and other partner nations to secure the venues.