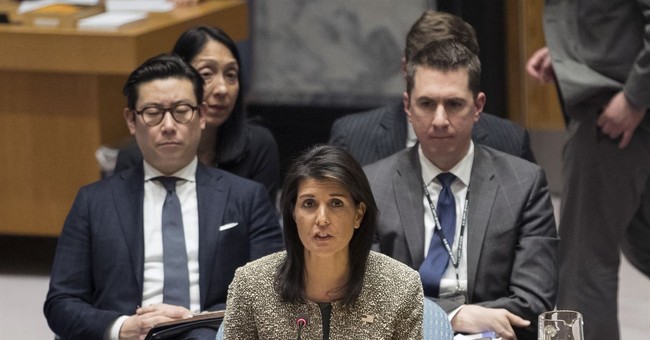 U.S. Ambassador to the United Nations Nikki Haley said Wednesday that Team USA’s participation in the upcoming 2018 Winter Olympics in Pyeongchang, South Korea is still an “open question” in light of the increased tension between the U.S. and neighboring North Korea.

"I think those are conversations that we are going to have to have, but what have we always said? We don't ever fear anything, we live our lives," Haley said on Fox News. "And certainly that is a perfect opportunity for all of them to go and do something they have worked so hard for. What we will do is make sure that we're taking every precaution possible to make sure that they're safe and to know everything that's going on around them.”

“I think that’s something where the administration is going to come together and find out the best way to make sure they’re protected," Haley emphasized.

When asked specifically if U.S. attendance of the games was a “done deal,” Haley replied, "there's an open question. I have not heard anything about that, but I do know in the talks that we have -- whether it's Jerusalem or North Korea -- it's always about, how do we protect the US citizens in the area?"

“Those are conversations that are happening daily,” she added.

“We have not had any discussions, either internally or with our government partners, about the possibility of not taking teams to the 2018 Olympic and Paralympic Winter Games,” Jones said in a statement. “We plan on supporting two full delegations in PyeongChang."