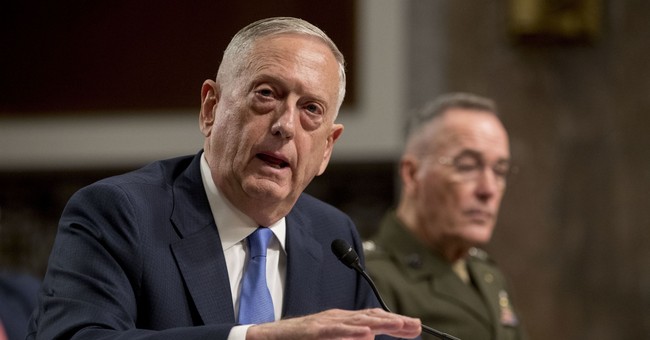 "Recent reports that the President called for an increase in the U.S. nuclear arsenal are absolutely false," Mattis said without naming NBC. "This kind of erroneous reporting is irresponsible."

President Trump conveyed his annoyance at the report in remarks to reporters after meeting with Canadian Prime Minister Justin Trudeau in D.C.

“It’s frankly disgusting, the way the press is able to write whatever they want to write,” Trump said.

“The press should speak more honestly,” he continued. “They make up the sources. There are no sources.”

Trump again called the report "fake news" and added that such an increase in the nuclear arsenal was "totally unnecessary." He said he simply wants the arsenal to be in "tip-top shape" and "perfect shape."

Trump also addressed NBC more directly on Twitter earlier Wednesday, tweeting that their report was “pure fiction.” He then alarmed many in the media by asking “at what point” it was appropriate to “challenge their License.”

Fake @NBCNews made up a story that I wanted a "tenfold" increase in our U.S. nuclear arsenal. Pure fiction, made up to demean. NBC = CNN!