Pelosi on DREAMer Protest: ‘I Respect the Concerns’ of the Protestors, Taking ‘First Step’ with DREAM Act 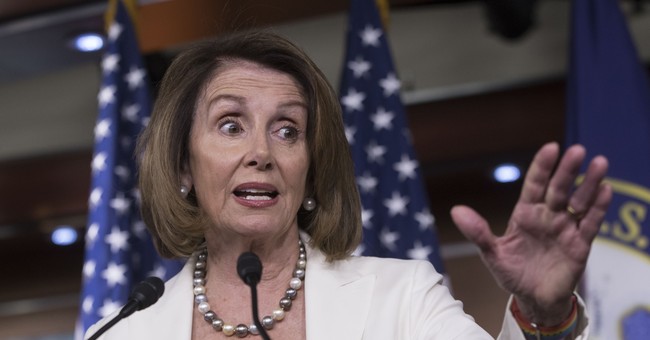 House Minority Leader Nancy Pelosi (D-CA) was questioned Wednesday about the group of immigrant youth who shouted her down, ending her press conference Monday because they were angered that the DREAM Act, the Democrats’ attempt to legalize Deferred Action for Childhood Arrivals (DACA), did not include their families and all immigrants.

Pelosi called the DREAM Act the “first step” in comprehensive immigration reform and added that “we are not in a situation where we can say all or none. We have to save the DREAMers.”

Pelosi told reporters that Democrats “have been having meetings constantly with the leadership of the groups that represent the DREAMers” and “other immigrant groups.”

She said the Congressional Hispanic Caucus, Congressional Black Caucus, and Congressional Asian Pacific American Caucus were all discussing the legislation “because all of those groups are affected and more, the Irish, the Polish, there are many other groups that are affected, so broader immigration groups as well.”

“There are some who showed up in San Francisco and said all or none, we’re not going to do the DREAMers unless we do comprehensive immigration reform,” she said, adding, “we don’t have that opportunity now."

The DACA program, which allows minors who came to the country illegally and meet certain conditions the ability to remain, costs $495 as part of the application.

Pelosi emphasized that she and her colleagues were urging illegal immigrants to apply but don’t want the fee “to be an obstacle to their signing up,” saying they’ve offered applicants both financial and legal resources.

“Protecting their families is of course the logical next step,” she said again of the DREAMers. “Their families did a great thing for our country bringing these kids here who are working, who are in the military, who are in school, who are a brilliant part of our future.”

“While I respect the concerns of the people who came to our meeting,” she concluded, “we are not in a situation where we can say all or none. We have to save the DREAMers.”