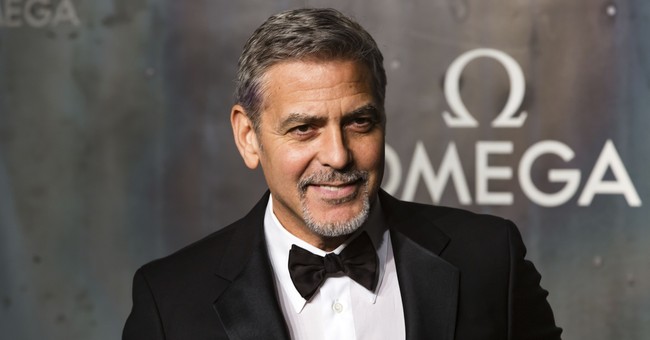 Actor George Clooney slammed Trump in an interview with the Associated Press Tuesday, calling the president “incapable” and “in over his head” while speaking about his new film, “Suburbicon” which dramatizes racial tensions in 1950s suburbia.

"It becomes increasingly clear how in over his head and incapable this man is of being president of the United States," Clooney said of Trump. "The good news is that our other institutions - meaning press, finally, and judges and senators - have proven that the country works. There is a check and balance."

Clooney’s praise for the press is interesting, given that he blamed the media on the campaign trail last year for Trump’s popularity saying, "Trump is actually a result in many ways of the fact that much of the news programs didn't follow up and ask tough questions."

He called on the press to cover Trump more harshly in February saying, “we have a demagogue in the White House. We need the fourth estate, which is journalists, to hold his feet to the fire.”

“They didn’t do a very good job during the campaign. And they haven’t done a particularly good job yet. But those things will change,” he added.

Clooney also spoke to AP of the timeliness of his new movie saying, "it's a pretty angry film. There's a lot of anger out there. I think that's reflected in the film.”

"The main idea of the film was to pick some fights and I always like picking fights," he said.

Clooney’s film, based on an old script by Joel and Ethan Coen, dramatizes the 1957 riots by a white community in Levittown, Pennsylvania over the first black family moving into the neighborhood. The film will be a mix of farce and social commentary, according to Clooney.

"I found it interesting to talk about building walls and scapegoating minorities," Clooney said. "I think that's always an interesting topic but particularly when I was hearing these conversations on the campaign trail. I thought: It's always good to look back and remember that nothing really is new and every time we're shocked, we forget that we've had this behavior time and time and time again."

“As far as George Clooney is concerned, let’s put it this way — he’s no Cary Grant,” Trump replied in an interview.