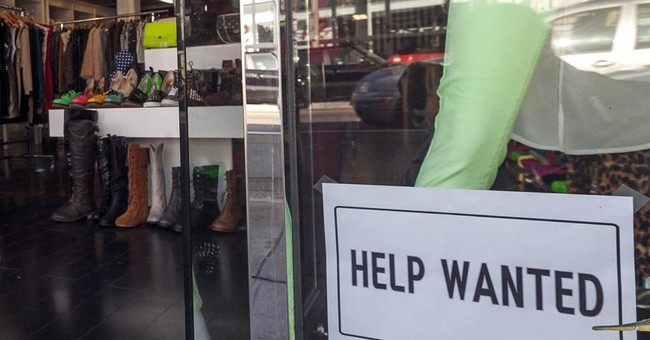 The Bureau of Labor Statistics came out with the government's estimates of economic performance for August today. The news is, as it has been for a long time, mediocre. BLS estimated 169,000 jobs were added in August and the unemployment rate dipped to 7.3%.

That sounds mediocre, and it is. Economic forecasters were hoping for much better. The overall situation might be worse than those top-line numbers suggest.

BLS revised its estimation of previous months - they now think that the American economy added 74,000 fewer jobs in June and July than they had initially estimated. That's some of the biggest news here. July had been reported at 162,000 jobs added, and BLS revised that down to a positively pathetic 104,000 jobs. Additionally, the labor force participation rate fell again to a level not seen since the '80s. This continues the trend that has been ongoing for a long time:

The Federal Reserve is scheduled to "taper" their current regime of monetary stimulus if they project that the economy continues improving. It's unclear if this jobs report will be sluggish enough to cause Fed chariman Ben Bernanke to re-think the tapering strategy.