Trump Goes Off: Democrats Are Focused on BULLSH*T! 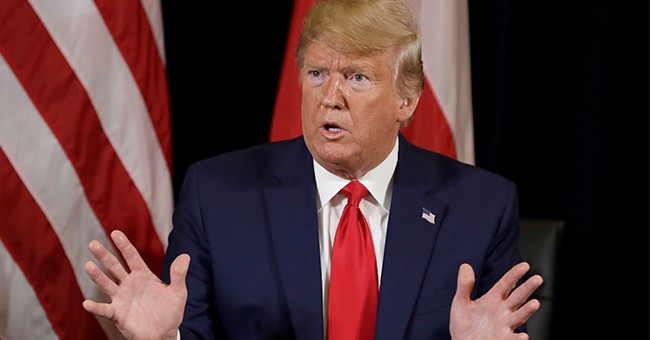 During a typical tweet storm in response to Pelosi and Schiff's impeachment declarations and "facts," President Trump said they are spending far too much energy focused on "bullish*t." He also encouraged Democrats to find a 2020 candidate who can do better than two time presidential loser Hillary Clinton.

The Do Nothing Democrats should be focused on building up our Country, not wasting everyone’s time and energy on BULLSHIT, which is what they have been doing ever since I got overwhelmingly elected in 2016, 223-306. Get a better candidate this time, you’ll need it!

As Cortney reported earlier, Pelosi compared the impeachment of President Trump to the American Revolution and Schiff repeatedly invoked the Founding Fathers to justify his latest fishing expedition.

Last week Schiff lied to the American people and entered false testimony into the congressional record during a hearing with Acting DNI Director Joseph Maguire. Ever since, President Trump has continued to bring attention to his words, wondering why he isn't being punished for doing so. He's aslo repeatedly called for his resignation.

Congressman Adam Schiff should resign for the Crime of, after reading a transcript of my conversation with the President of Ukraine (it was perfect), fraudulently fabricating a statement of the President of the United States and reading it to Congress, as though mine! He is sick!