Soon: A New Immigration Plan is Coming From the White House 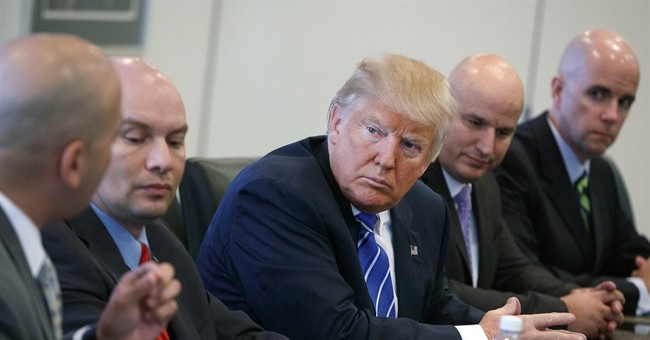 The White House is getting ready to release a new, merit based immigration plan in coming weeks according to a number of officials working on the matter.

"We're working through that process [immigration plan] I expect that to be over the next couple of weeks when that plan will be rolled out. In the meantime, we're still calling on Congress to fix some of the immediate things that could be done," White House Press Secretary Sarah Sanders said during an interview with Fox and Friends Monday morning. "The border is completely broken. We’re seeing that more and more every single day. There is a true humanitarian crisis at the border that has to be addressed. We have children coming in record numbers, unaccompanied minors. It’s just skyrocketing. It is inhumane what is taking place and the fact that Democrats aren't willing to work with the President to help us stop that."

President Trump also weighed in on the issue over the weekend.

The rights and privileges of American citizenship, including welfare, should be protected for those who follow our laws. pic.twitter.com/Eoyya5bEmb

President @realDonaldTrump weighed in on the National Emergency at our southern border over the weekend. "Border security is apprehending 100,00 people a month..." pic.twitter.com/2xsKWjesDw

The news of an updated plan comes as Border Patrol agents continue to be overrun with illegal immigration at the southern border.

Acting DHS secretary Kevin McAleenan says migrants are crossing the border in record numbers because they know they will be released in the U.S. “even if [they] don’t have a valid asylum claim.” https://t.co/DPK12RnoAh pic.twitter.com/ZPVdCkXwyR

Once finished, the framework of the plan will be sent to Capitol Hill for consideration. In the meantime, the Senate Judiciary Committee is also working on immigration legislation.

A must-see @60Minutes story about the crisis at our southern border.