Democrats on Capitol Hill: The Mueller Report Will Likely Be a Dud, You Know 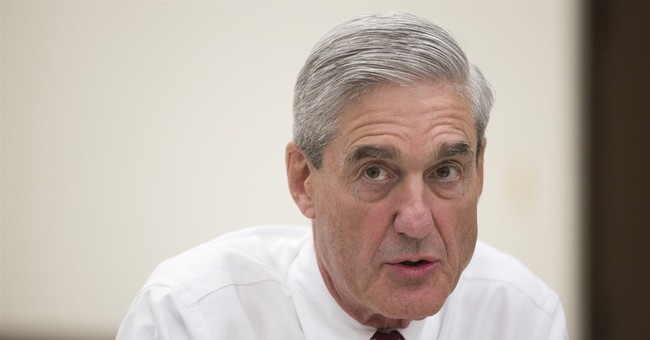 Just about everyone in Washington D.C. continues to brace for an announcement from the Justice Department that Special Counsel Robert Mueller is finally done with his investigation into the 2016 presidential election. Journalists are frothing at the mouth and speculation about it's imminent release continues to ramp up.

So far the #CNNStakeout team has not seen Mueller arrive. Other members of the team have arrived.

ABC: Sources familiar with the investigation believe there are no more indictments coming from the special counsel. https://t.co/AJxSQSbl8Z

But despite Democrats making the Mueller investigation and "Russian collusion" a centerpiece of their attacks against President Trump and his administration for the past two years, many on Capitol Hill are conceding the final report may not reveal much.

IF YOU TALK TO CAPITOL HILL Ds PRIVATELY, you will hear something surprising about what they expect from ROBERT MUELLER: Many of them expect absolutely nothing. Several top Democratic lawmakers and aides tell us privately that they are certain the report will be a dud.@politico

Democrats in the media are getting a reality check, too.

Watch Mika Brzezinski realize what she’s reading about there likely won’t be any more indictments from the Mueller investigation. ?? pic.twitter.com/zjUj0NcXb1

Here's a round up of what Mueller has accomplished. Notice there's nothing about collusion to win a presidential election.

When Mueller finally does finish his investigation, he will send it to Attorney General Bill Barr. Barr will then determine what will be released to the public and lawmakers on Capitol Hill.

So, we continue to wait.

On phone w/ Giuliani, who's tracking Mueller news like everyone else in D.C., with TV on, scrolling through Twitter, and making calls. He spoke with POTUS this morning.

“It’s like waiting for a baby” to be born, Giuliani says. “If the report is good, I’ll give out cigars.”