It's Official: The Date for Judge Kavanaugh's Supreme Court Hearing Has Been Set 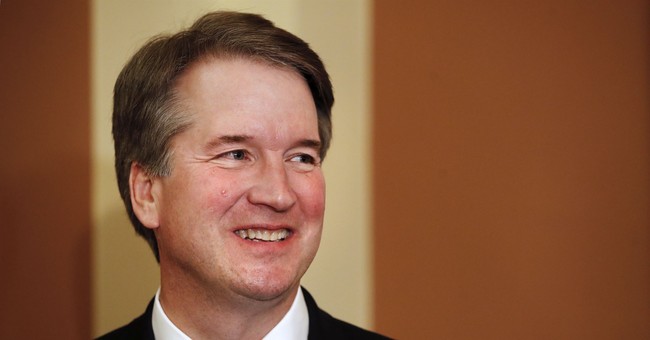 The hearing will begin on Tuesday, September 4 and is expected to span three or four days. Opening statements will be made on the first day, with questioning starting on Wednesday, September 5.

“As I said after his nomination, Judge Kavanaugh is one of the most respected jurists in the country and one of the most qualified nominees ever to be considered by the Senate for a seat on our highest court. My team has already reviewed every page of the over 4,800 pages of judicial opinions Judge Kavanaugh wrote, over 6,400 pages of opinions he joined, more than 125,000 pages of records produced from his White House legal service, and over 17,000 pages in response to the most comprehensive questionnaire ever submitted to a nominee," Grassley released in a statement. "He’s a mainstream judge. He has a record of judicial independence and applying the law as it is written. He’s met with dozens of senators who have nothing but positive things to say. At this current pace, we have plenty of time to review the rest of emails and other records that we will receive from President Bush and the National Archives. It’s time for the American people to hear directly from Judge Kavanaugh at his public hearing."

Kavanaugh was nominated 57 days before the announcement about a hearing date was made Friday afternoon. He has been on Capitol Hill throughout the months of July and August meeting with Republican and Democrat Senators.

"As of today, the committee has received more than 184,000 pages of records from Judge Kavanaugh’s work as a White House lawyer and his work for Independent Counsel Kenneth Starr. The committee also expects to receive hundreds of thousands of additional pages of Executive Branch documents," the Judiciary Committee released. "These records will be reviewed in addition to the 307 cases in which Judge Kavanaugh wrote an opinion as an appeals court judge, the hundreds more opinions he joined, and the more than 17,500 pages of material he provided in response to the committee’s bipartisan questionnaire."

With support from Democrat Senator Joe Manchin and Republican Rand Paul, Kavanaugh's confirmation is all but certain.