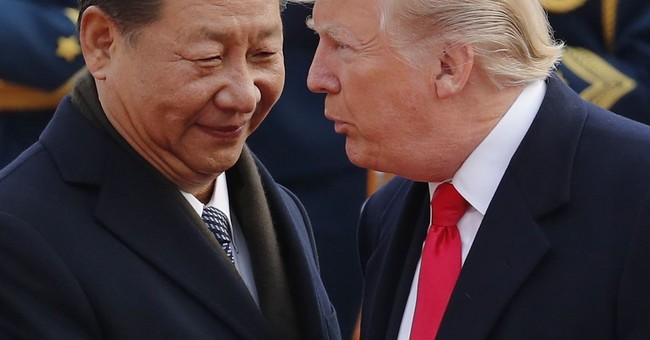 Late Wednesday China was exposed for secretly helping North Korea by illegally importing gas and oil into the country, a serious violation of UN sanctions. Photos of trade exchanges in the West Sea were released by the Treasury Department.

Thursday morning, President Trump expressed his disappointment in the news and warned China a peaceful solution to the North Korea problem cannot be reached if trust continues to be broken.

Caught RED HANDED - very disappointed that China is allowing oil to go into North Korea. There will never be a friendly solution to the North Korea problem if this continues to happen!

The alarm over North Korea grew louder this week after defecting soldiers from the regime were to found to have anthrax antibodies in their systems, indicating Kim Jong Un could be planning to develop and use biological weapons. The use of these weapons is a violation of international law. From USA Today:

The revelation about the defector comes a week after reports began circulating that North Korea had begun tests to load anthrax onto intercontinental ballistic missiles. The Japanese newspaper Asahi Shimbun, citing intelligence sources in Seoul, has reported that Kim's regime is conducting heat and pressure resistance tests to see whether anthrax germs can survive the intense heat an intercontinental ballistic missile encounters when it re-enters Earth’s atmosphere.

Chinese leaders are denying any knowledge of the export of oil to North Korea and claims they are dedicated to enforcing UN sactions against the regime.