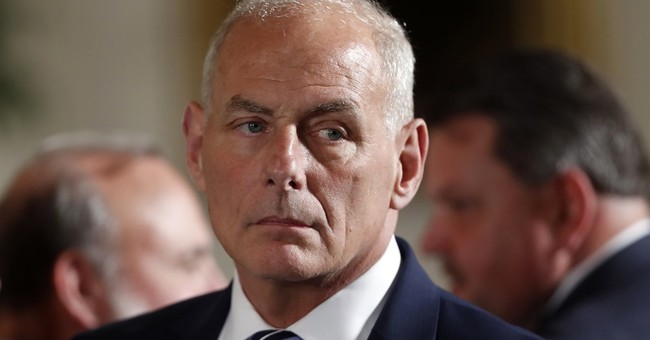 In response to President Trump's decision to end DACA last week, Democrat Congressman Luis Gutierrez went after Chief of Staff General John Kelly by calling him a liar and a "disgrace" to his uniform.

“General Kelly, when he was the head of Homeland Security, lied straight to the faces of the Congressional Hispanic Caucus about preventing the mass deportation of DREAMers.  Now as Chief of Staff, this former general is executing the plan to take away their lifeline and taking steps to criminalize young people who live and work here legally," Gutierrez released in a statement. "General Kelly is a hypocrite who is a disgrace to the uniform he used to wear.  He has no honor and should be drummed out of the White House along with the white supremacists and those enabling the President’s actions by 'just following orders.'"

Kelly isn't just a United States Marine Corps general who has committed his entire life to his country. He's also a Gold Star father and lost his son, Marine Second Lieutenant Robert Kelly, in 2010 after he stepped on a land mine in Afghanistan. He was on his third tour when he died.

In an exclusive email to Fox News Sunday host Chris Wallace, Kelly issued a response to Guitierrez and other "irresponsible congressmen" like him.

“As far as the congressman and other irresponsible members of congress are concerned, they have the luxury of saying what they want as they do nothing and have almost no responsibility,” Kelly said. “They can call people liars but it would be inappropriate for me to say the same thing back at them.  As my blessed mother used to say ‘empty barrels make the most noise.’”

He concluded, “The congressman has a right to his opinion.”

In addition to responding to Gutierrez, Kelly responded to the DACA decision.

“Every DOJ and DHS lawyer says DACA is unconstitutional.  Every other legal scholar - right and left - says the same thing.  Trump didn't end DACA, the law did.  That said, I worked and succeeded to give the congress another six months to do something.  I am not confident."