Of Course: Obama is Sending an Unofficial Delegation to Fidel Castro's Funeral 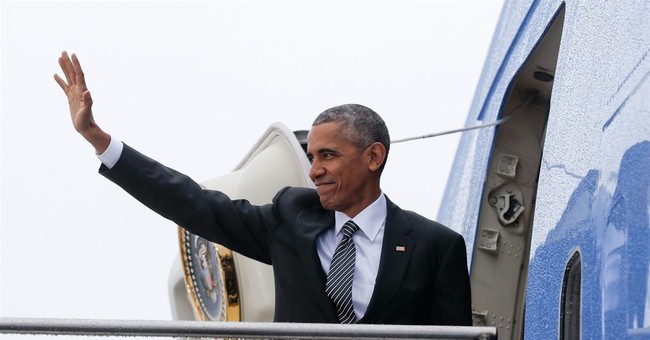 "The President has decided not to send a presidential delegation to attend the memorial service today. I can tell you however that Deputy National Security Advisor Ben Rhodes will attend the service as will the top U.S. diplomat in Cuba, Jeff DeLaurentis," Earnest said. "Those of you who have been following this story closely over the last couple of years know that Mr. Rhodes has played a leading role in crafting the normalization policy that President Obama announced two years ago."

But @PressSec also says @rhodes44 will attend funeral along with Ambassador Jeffrey DeLaurentis, US Embassy Chief of Mission in Havana.

WH clarifies. @rhodes44 and Amb DeLaurentiis representing US at Castro memorial service tonight. But no official US delegation to funeral.

President Obama has received criticism for his statement, which was released over the weekend, on Castro's death.

President Obama issued a pathetic statement on death of dictator #FidelCastro with no mention of thousands he killed & imprisoned. #Cuba