What is Carly Fiorina Doing For Debate Night? 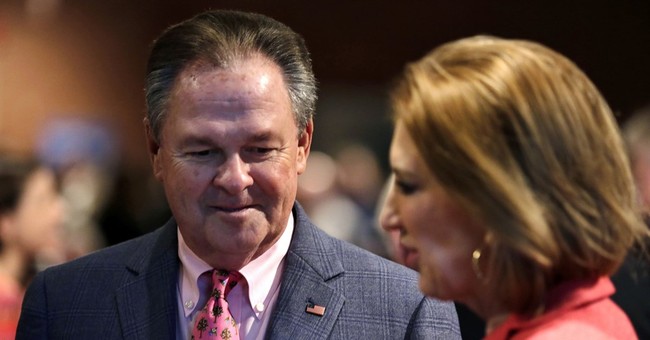 As you know by now, despite beating John Kasich and Chris Christie in Iowa, after pressure from a number of high-profile politicians and evidence of voter support in New Hampshire, former Hewlett-Packard CEO Carly Fiorina will not be on the ABC News GOP presidential debate stage tonight. After the final decision was made to leave her off stage, Fiorina called the game "rigged."

So, what will she be doing? According to an email sent out by her campaign, Mrs. Fiorina will enjoy date night with husband, Frank Fiorina.

"Despite the efforts of the media and professional political class to stand in her way, Carly will not stop fighting to take our country back," the campaign released in a statement. Instead of the debate, Carly and Frank will be having a date night of dinner and a movie in Room 306."