Lawmakers Pretty Upset the CIA Spied on Them 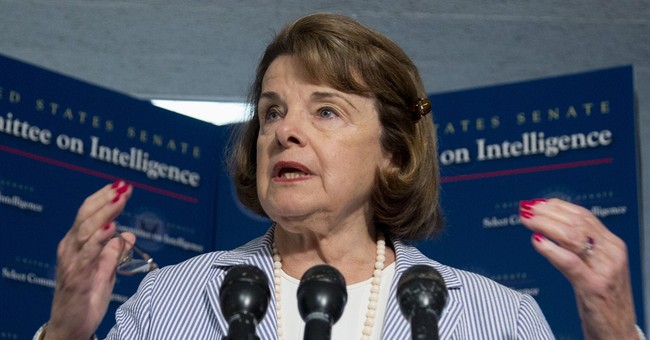 It isn't easy to find bipartisanship these days in Washington, but new revelations that the CIA has spied on members of Congress has outraged lawmakers on both sides of the aisle.

California Senator and Chairman of the Senate Select Committee on Intelligence Dianne Feinstein took to the Senate floor last night to rip the intelligence agency for tapping into Congressional computers.

“The C.I.A. just went and searched the committee’s computers,” Senator Dianne Feinstein said on Tuesday, in a speech on the Senate floor. She accused the Agency of sabotaging the oversight efforts of the Senate Select Committee on Intelligence, which she chairs, and thus the separation of powers; engaging in “a potential effort to intimidate this staff,” by accusing them of “hacking”; breaking its word; and maybe breaking the law. “Besides the constitutional implications, the C.I.A. search may also have violated the Fourth Amendment, the Computer Fraud and Abuse Act, as well as Executive Order 12333, which prohibits the C.I.A. from conducting domestic searches or surveillance,” she said. The C.I.A. spied on the Senate, and the senator is angry.

“I think Senator Feinstein is as outraged as anyone and I share her outrage. I think the violation of the Constitutional separation of powers should be an offense of the highest level—virtually treason,” Issa told Breitbart News on Tuesday.

“Spying on the executive branch—spying on Congress or violating the separation of powers as to the Supreme Court or as to Congress is effectively treason. Treason—it’s written up in the Constitution,” Issa said of Feinstein’s revelations, adding, “I don’t know who gave the orders, but to spy on other branches is in fact a constitutional violation at the level of high crimes and misdemeanors and certainly should cause the removal of anyone involved.”


Is the CIA spying on Congress outrageous? Maybe. It's too bad Feinstein isn't as outraged when it comes to the NSA spying on Americans. When Edward Snowden revealed that the NSA is collecting phone records and information belonging to millions of Americans, Feinstein defended the agencies actions by saying, "It's called protecting America." Republican Senator Linsdsey Graham, who too shares Feinstein's outrage about CIA spying, also strongly defends NSA programs spying on Americans.

It seems lawmakers expect the government to trust them, why shouldn't the same trust be afforded to the American people as well?