New Obama Administration Rule: If You're Only Sort of a Terrorist, You Can Come to the US 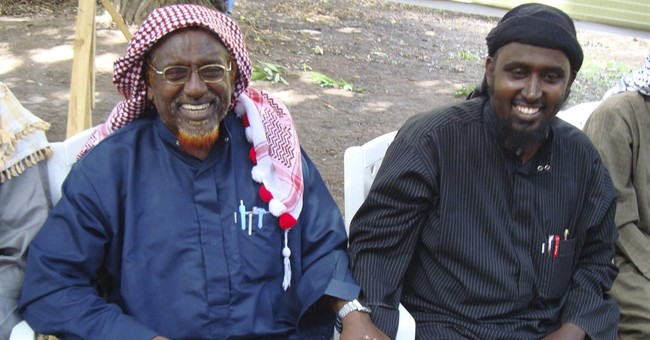 The Obama administration has lifted some restrictions for people seeking asylum in the United States. The problem? The administration is okaying people who have "loose ties to terror."

The change, approved by Homeland Security Secretary Jeh Johnson and Secretary of State John Kerry, was announced Wednesday in the Federal Register. It would allow some individuals who provided "limited material support" to terror groups to be considered for entry into the U.S.

The change would apply to people the U.S. government does not consider a threat but could nevertheless be tied to terror groups, and therefore barred from entry. A Department of Homeland Security official said these individuals have been "adversely affected by the broad terrorism bars of the Immigration and Nationality Act (INA)."

"These exemptions cover discrete kinds of limited material support that have adversely affected refugees, asylum seekers and immigrants and other travelers: material support to non-designated terrorist organizations that was insignificant in amount, provided incidentally in the course of everyday social, commercial, or humanitarian interactions, or provided under significant pressure," the official said.

Democrats and the Obama administration argue tight restricts, including ties to terror, on people seeking refuge from government unrest has prevented help for thousands of refugees in the United States.

Earlier this week, I reported on the sentencing of Ahmed Nasir Taalil Mohamud, a refugee from Somalia living in Aneheim, California. Mohamud, along with three other men including an Imam of a popular Southern California mosque, were convicted of offering material support to the terror group al Shabab. Al Shabab is the same terror group that carried out the gruesome Kenya Westgate mall attack last fall. A reminder of the horrific details: