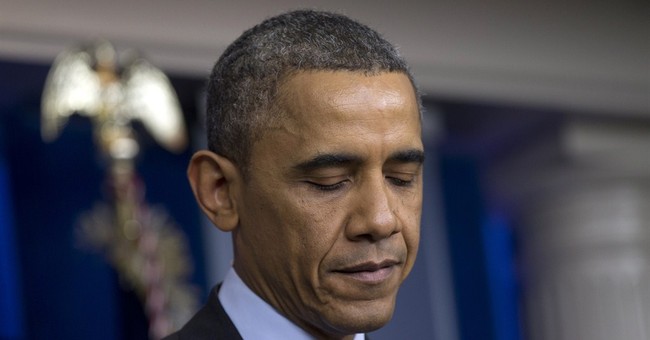 President Obama hit the campaign trail again this week in an effort to reboot support for Obamacare as the failed rollout continues with a broken website and broken promises.

Speaking from the White House Tuesday, Obama declared "Obamacare is working," and that we "aren't going back." But for Obamacare to truly be "working" for the American people as promised when the Affordable Care Act was passed, it must in fact be affordable. We've seen the opposite. Young people will pay double under the ACA, young women will see their health insurance premiums increase on average by 193 percent and five million Americans have lost their coverage only to find plans under Obamacare are more expensive for less care.

As the public relations campaign for a law that is unaffordable rolls on, Byron York has noticed something: the administration is no longer talking about Obamacare in terms of affordability.

One striking thing about the new White House Obamacare promotion campaign is that so far it hasn't had much to say about the central focus of Obamacare, which is helping Americans buy affordable health insurance.

One of the left's key tactics is to change language in order to reach a final political goal. We see this all the time on nearly every single issue. The fact that the White House sees a need to eliminate talk of affordability under Obamacare proves yet again the law was sold to the public on a lie. Obamacare wasn't affordable before it was passed, it isn't affordable now and it will never be affordable. Regardless, a Democratic controlled Congress with support from a Democratic president officially named Obamacare The Affordable Care Act anyway.