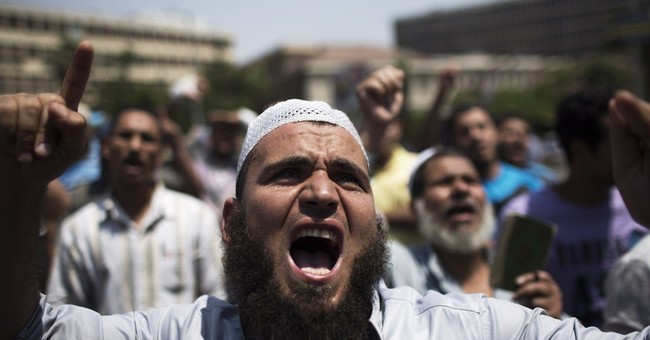 What could possibly go wrong? More from Reuters:

The United States plans to deliver four more F-16 fighter jets to Egypt in the coming weeks, U.S. defense officials told Reuters on Wednesday, in spite of the military-backed overthrow of the country's elected president.

"There is no current change in the plan to deliver F-16s to the Egyptian military," one U.S. official said, speaking on condition of anonymity.

Before the fall of Muslim Brotherhood President Mohamed Morsi last week, the United States had sent a total of 12 F-16 fighter jets to the unstable country. At this point, the military is in charge of the government in Egypt. Some fear the country is on the brink of a civil war as violence continues to rage in the streets of Cairo.